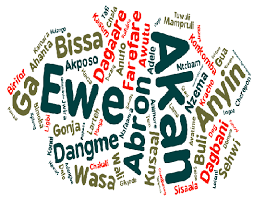 Back in the day when we were in primary school, we were forbidden to speak what was termed “vernacular” in school. English was the only prescribed means of communication among us pupils. If you spoke Ewe your name was taken down for the teacher on duty to mete out punishment to you. It was mostly corporal punishment.

The understanding among us pupils was that English was not a vernacular. Meanwhile, our teachers spoke Ewe freely among themselves on the school compound, which baffled me immensely, young as I was. This vernacular edict followed us to Middle School.  I had the nerve to ask one of our teachers, a Mr. Akakpo, why they spoke vernacular among themselves yet asked us not to do same.

Mr. Akakpo answered that they had mastered the English language and that it was our turn to learn the language so that at a point in the future, it would not natter if we spoke vernacular or English. Because some of us had searching and absorbing minds, we paid attention to how our teachers spoke English. We had no knowing that not all of them were professionally trained as teachers. Some of us took to our dictionaries to look for English words to bamboozle our classmates with. And it was fun.

I cannot remember if I was ever punished for speaking vernacular because there were a few of us brilliant ones who challenged one another to excel, so we took to speaking English as seriously as other subjects. It worked for us academically, to the extent that even after closing from classes we still spoke English, much to the chagrin of our mates who would switch to Ewe as soon as their backs were turned to the school walls.

This vernacular thing followed me to secondary school at Anloga. Thankfully, there were students from all over Ghana. Others came from Nigeria and Cameroon. Some of them were Ewe, but could hardly speak a word of the language. It turned out that their parents sent them there so they could learn to speak Ewe. Students from Accra and other places spoke Ga and Akan freely.

I wondered how those who were at Anloga to learn the language were going to succeed since vernacular was forbidden. But somehow a good number of them spoke the language by the time they left the school. I did not know until after I had left and met them at old student meetings and heard them speak fluent Ewe.

At a point I thought only Ewe was regarded as vernacular until I was speaking Akan with a mate whose parents, like mine, lived in Koforidua when a tutor accosted us for speaking vernacular.

I was tempted to laugh at his seeming ignorance of what vernacular was but that would mean ridiculing a teacher. My friend said we were speaking Twi, not vernacular. This tutor now had his time to laugh. He explained to us that vernacular was simply a language that was unique to a particular group of people. I asked if English was a vernacular to the people whose language it was and he answered in the affirmative.

To digress a bit: Ms. Elizabeth Suhre, an American Peace Corps volunteer taught me English for three years. Then I began to see flaws in the English I was taught in basic school. It was during one of my holidays to my hometown that I discovered some of those who taught me were pupil teachers. Mr. Akakpo was one, but I give him credit for whipping my interest in French. He schooled partly in Togo and, because I was close to him, he introduced me to the language.

In Ewe class in secondary school it was a different thing altogether. I can say, without any iota of contradiction that Ewe is easily the most difficult language to learn in Ghana. Grammar aside, Ewe Literature and Poetry are as tough as nails. How Professors Kofi Awoonor and Kofi Anyidoho excelled,  and were dexterous in both Ewe and English amazes me.

When I became a teacher I was supposed to punish pupils who spoke vernacular. I never did. First, I had dropped the foreign name I was given at baptismal because I had an identity as an African. How was I to punish someone for speaking their own language? I even encouraged some parents of my charges to take out the foreign names they gave to their children. Very few did.

Today, our education gurus have realised that a child introduced to his own language till he goes to school at four is better able to do well in second languages. This is something some of us loudmouths have been saying long ago. But I believe many of our schools still forbid the use of vernacular as a medium of communication among students and pupils. This must change. I have encountered people who speak their mother tongue like Patois. Meanwhile, they have no mastery of the English language either.

Parents have also cultivated the bad habit of speaking only English to their children at home, thus depriving the young ones of appreciating the beauty of their own language and culture. I have encountered the beauty of Ghanaian parents speaking only their language with their children in countries like the US, the UK, Germany, Belgium, France and others. These children do better in the languages of their host countries at school.

Some of us make jest of other people’s language for whatever reason. I wonder if this attitude is borne out of ignorance, a lack of enlightenment or both;or from just plain tribal bigotry? This is so pervasive in some areas, to the extent that others have been cowed into inferiority complex.

I recollect my employer back in Takoradi was always furious whenever I spoke Ewe to my colleagues who were Ewe. According to him, it smacked of disrespect to others, especially since we could speak Fante. He found nothing wrong when I spoke to others in English. I was unfazed by his disdain for the language. I have a friend from the Upper East Region who suffered same thing at her workplace. I told her never to give up speaking her language to her compatriots.

Sadly, some of our politicians know no better. Paradoxically, as representatives of the people, these politicians mirror the very society they represent instead of serving as agents of positive change.

I do not quite understand why we have disrespected our own languages for so long. Is it an issue of being more Catholic than the Pope? It is sad to know that some of us feel shy of our own languages or of where we even hail from. I am a proud, unrepentant native of Anyako. I speak Anlo Ewe proudly, though I speak three other Ghanaian languages. What pride do you have in where you hail from? That’s my question to you, dear reader.