Nothing but the ‘Holy Grail’ 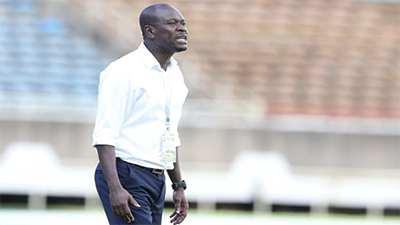 If we play politics with our game; if we press the friends-and-cronies button, if we do things to solely suit our whims and caprices in place of real professionalism, our football will continue to languish in anguish.

Last week, one was stunned to hear Chief Coach of the Black Stars, CK Akonnor, say that winning the next African Cup of Nations (AFCON) trophy was not his focus.

He said he was rather concerned about building a strong, winsome team for the nation, to take on the best of the world.
Perhaps, there might be nothing wrong about that.

However, that was what his predecessor, Akwasi Appiah, was doing before he took over. Nothing really emerged from those fervid years of endeavour in team-building; if anything at all, the Stars crashed out disgracefully in the first round at the Brazil 2014 World Cup and also got booted out at the Round of 16 stage at the 2019 AFCON in Egypt.

That is why Ghanaians are fed up with this re-building bunk. Indeed, Black Stars is not an academy! When players are fading off, what you do is replace them with fresh exciting limbs – and there we go!

Akonnor has stated he was going to invite some good quality materials to revamp the senior national team. He should go ahead, because that is the way to go. We have nothing against him if only his invitees are worth their salt. We would not compromise on quality. Whichever material is brought in must be something that should potently power home the grand agenda – win the ‘Holy Grail’ for Ghana.
What long-suffering Ghanaians want now is nothing but AFCON glory.

Nothing less!
Is it not upsetting and disconcerting that when Ghana won its fourth Nations Cup in 1982, Cameroon had not even set eyes on the coronet for once? Today, the Cameroonians have made it number five!

In the same vein, the Pharaohs of Egypt had lifted the trophy just twice at the time Ghana had captured it for keeps in 1982. Interestingly, the Pharaohs have gone ahead to annex it a staggering five more times.
That is why Ghanaians want the Stars to exorcise the ‘Golden Fleece hoodoo’ that has kept us in the doldrums all this while.

Many of the nation’s youth today are yet to witness Ghana lift the Nations Cup at the senior level. It is a disturbing ignominy. It is a distressing mentation!
Year-in-year-out, we swagger into the continental campaigns with blazing optimism only for our dreams to come crashing into smithereens! Indeed, the last time Ghana felt and held the trophy was in Libya in 1982 – some 38 years ago!

It is as bewildering as pathetic!
A lot of theories have been propounded ostensibly to find out what had gone wrong all these years. Some say it had something to do with hard luck – Cote d’Ivoire having upstaged the Black Stars twice at the lotteries of penalty shoot-out (1992 and 2015), to win their only trophies.

Maybe, it is not about luck. It is about focus; we need total focus. Let us sit, plan effectively and tell our men in battle that we are not returning from Cameroon without the trophy – and the message will sink into their sub-conscience even before they embark on the trip.
Akonnor was appointed only two months after joining the then Appiah-led Ghana technical team as an assistant coach.

Earlier in January, the GFA removed all of its national team coaches, at all levels of the game, including Appiah and all his assistants, which included Appiah’s contract not being renewed.

The FA said the drastic move was “in line with the vision” of its new administration to allow it to evaluate the situation.
The appointment of Akonnor by the Kurt Okraku-FA administration triggered a googol of negative reactions from a section of the public who claimed there was a case of conflict of interest.

Former Sports Minister Nii Lante Vanderpuye also said the GFA’s decision to name Akonnor as the head coach of the Black Stars was tantamount to a conflict of interest, arguing that there was the tendency of the coach serving the interest of the FA President whom many claim is the manager of the former Dreams FC trainer.
Dreams FC is owned by the FA boss who has denied ever managing Akunnor.

Once again, there may be no serious controversy about Akonnor being the former employer of Mr Okraku. But the coach must not be spoon-fed. He must give us the results, ultimately leading to the annexation of the ‘Holy Grail’ that the nation is desperately craving for.

If fetching the next Nations Cup diadem is not his focus, somebody better tell him to rethink it! Certainly, he was not appointed to be an also-ran!