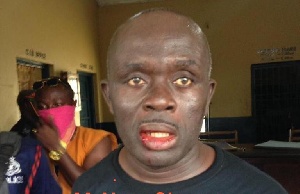 An attempt by an Effiduase Asokore Parliamentary aspirant of the New Patriotic Party (NPP) to find out from the Electoral Commission (EC) official the register being used in the primaries resulted in the aspirant being badly beaten by the security agents detailed to provide security in the area.

Eye witnesses’ reports indicated that the EC officials were said to have ignored him, a situation that led to some argument between him and the EC officials which saw the military personnel at the polling station shoving him with some hefty slaps.

Mr Appiah, according to the reports, was dragged behind the polling station which is near a police station, where he was said to have also been gun butted, leaving him with some swollen lips.

He has since reported the incident to the police for investigations into the matter.

Meanwhile, at the Asokore West polling station, the register was snatched away by some men believed to be supporters of Mr Appiah.

It was gathered that about 9:30am, four cars pulled up at the polling station with about 20 people onboard and demanded to know from the EC officials, which register was being used for the elections.

Though the EC officials were initially not willing to oblige, they later brought out the register for the group to take a look during which they snatched it and sped off with it.

The incident, however, did not affect the elections at the polling station, as all the nine delegates had cast their votes, at the time and were only waiting for the close of polls for the ballots to be counted.