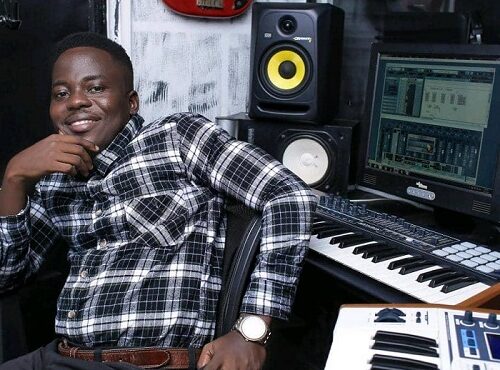 Founder and Chief Executive Officer of Original Dynamic Beat (ODB) Musiq, Solomon Yemoh, wants to leave a lasting legacy on the music scene – with development of the youth his prime objective.

Popularly known as ODB, the enterprising Sound Engineer who has two decades of experience behind him, believes the best investment is to help the youth climb to a level “where they can also extend that support and impart others.”

“I want to train more of the youth musically and build their capacity so they become a blessing to society as well,” he told The Spectator on Tuesday.

ODB has worked with giants like Sarkodie, Adane Best, the late Paa Bobo, Efya, 4×4, BukBak, Stonebwoy and Kelvyn Boy, among other budding names, in the music industry.

He has again trained hordes of young musicians, preparing them in vocal dexterity, sound engineering, audio mixing and mastering, beat making and arrangement.

Born some four decades ago, Mr Yemoh, whose ODB studio is located near the Nungua Barrier in Accra, has plans of extending his outfit to other areas of the country.

“There are a lot of talents around but like the Biblical saying, ‘the harvest is plentiful, but the workers in it are few’ and it’s the reason I would want to establish more studios across the country.

“Of course, it’s a Himalayan task, but we shall get there with time,” he asserted.

The full-time music producer advised the youth to steer away from drugs and any other activity that would affect them.

The Accra-based recording engineer and producer who specialises in world music, Afrobeat, reggae, dancehall, hip hop, R&B and African Highlife, graduated from Galaxy School of Music in Accra, but studied mixing and mastering with Audio Master Class in the US also.

ODB Musiq has scored various radio and television signature tunes. He had a hand in the recording and mastering of most of the ring tones as well as various movie soundtracks.