Off they go! …as Aduana, Hearts set to explode 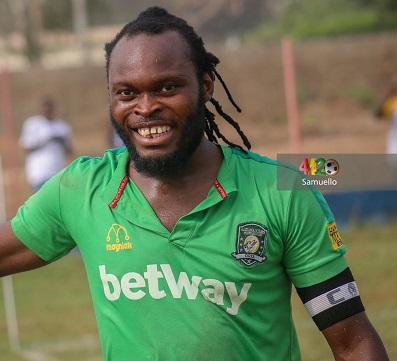 After nearly eight months of hiatus, the Ghana Premier League (GPL) will kick off this afternoon with an amperage of thrill.

Football came to a halt after the sporting fraternity was hit with the deadly COVID-19 pandemic.  Thankfully, the game is on.

However, fans’ desire to see former general captain of the Black Stars, Asamoah Gyan, display for Legon Cities against Berekum Chelsea on day one of action, may be put on ice.

Gyan is said to have been ruled out today due to lack of fitness.

But a greater attention will go to Dormaa where Hearts of Oak face two-time champions Aduana Stars in what is anticipated to be full of fireworks.

The Phobians last won at Dormaa in 2014, but the previous meeting between both sides was in February 2020 during the truncated GPL when Hearts rescued a point in an intriguing stalemate.

Both sides have been busy on the transfer market to strengthen their respective sides but Aduana will seek to continue their dominance over Hearts in the clash.

AshantiGold will begin their campaign with a home game against Karela United in Obuasi as the Miners seek to dominate the Anyinase side.

The three meetings between them have seen Ashgold pick up two wins and Karela, a single win.

Accra Great Olympics have vowed to give Medeama SC a fight of their lives when they clash at the Akoon Park on Sunday.

In their struggling state, Medeama laboured and capitalised on a late goalkeeping error to snatch victory over the Wonder Club who have pledged to pay their hosts back in their own currency.

Without doubt, it will be a cracker for the local fans as a rejuvenated Olympics side aim to stun a determined and resolute Medeama outfit that will have the experienced Justice Blay in the team.

Medeama have won three over Olympics and one has resulted in a draw and will be tipped to emerge victorious from this game.

Porcupine Warriors Asante Kotoko picked up a narrow win over Techiman XI Wonders during their last meeting in 2019 and are looking forward to deepen the woes of the Techiman based-team when they clash.

Kotoko have snatched wins in three out of the four meetings, while the Wonders have only managed a draw. Kotoko have strengthened their side with a couple of signings and are considered one of the favourites for the GPL trophy.

King Faisal will attempt to kick off on a positive note when they travel to Sogakope in the Volta region to take on the West Africa Soccer Academy (WAFA) at the Red Bull Arena.

WAFA last lost a game there in 2020 when Liberty Professionals defeated the youngsters 2-1 in the GPL.

Despite a streak of poor results last season, King Faisal will hope to pick up their first win in many league matches.

Liberty Professionals will engage Bechem United in a dicey game.