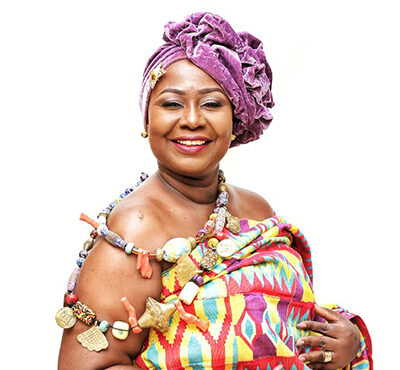 Renowned TV host and media personality, Oheneyere Gifty Anti has been appointed as a brand ambassador for the second phase of the Live Strong with Iron campaign that is educating Ghanaians on the risks, symptoms and solutions of iron deficiency.

Known for advocating for the wellness of families, Gifty Anti would spearhead efforts to raise awareness through radio discussions and other communication platforms that primarily focus on women and children who are the most at risk.

The second phase of the Live Strong with Iron campaign sought to reach and sensitise these high risk groups and inspire a behaviour of change through simple nutritional solutions such as eating iron-rich and iron-fortified foods to prevent iron deficiency in Ghana.

Acknowledging this important role, Gifty Anti said, “As an advocate for women, I am happy to throw my weight behind this behaviour change campaign since research had shown that four out of 10 women in childbearing age and six out of 10 children below five years were affected by iron deficiency anaemia,” she said.

She called on the need to encourage mothers to be more deliberate about serving their children and families with diets that are rich in iron which are locally available.

The Corporate Communications and Public Affairs Manager for Nestlé, Deborah Kwablah on her part said, “We are happy to be joined by Gifty Anti in this campaign. With a purpose of “unlocking the power of food to enhance quality of life for everyone, today and for generations to come,” she said.

She highlighted that, Nestlé believed in sharing and applying nutrition knowledge as a means to helping bridge the nutritional gap including iron in Ghanaian communities.

Mrs Kwablah added that together with key actors, they could accelerate actions to achieve the Sustainable Development Goals (SDG) 2 and 3 – Zero hunger and Good health and wellbeing, respectively.

Iron deficiency affects children’s ability to be active and learn with full concentration. If not treated early, it can affect the child’s brain and physical development for the rest of their lives.

However, this could be changed by simply eating iron-rich foods and iron fortified foods to boost the iron levels in one’s blood.