“Okada man” in court for raping hawker in bush 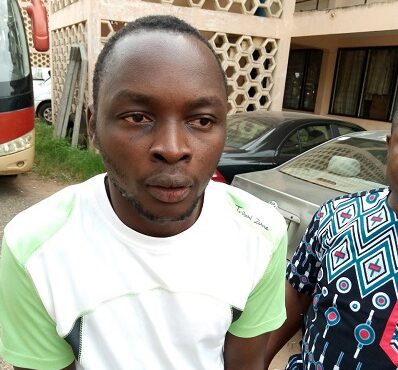 A 20-YEAR-OLD “okada” operator, William Cephas, who allegedly sped with a hawker on the back seat of his motor bike to the bush behind the Ho Airport, and raped her, is standing trial at the Ho District Magistrate Court ‘2’.

The court, presided by Mr Akosah Agyare-Amoanpong Yaw, was told that prior to the criminal act; the accused subjected his victim to severe beatings with a club to weaken her, first.

Prosecuting, Inspector Clever Ayayee, revealed that the woman’s ordeal did not end after the brutal sexual assault as Cephas held her captive in the shrubs from morning (9am) till night (10:00pm) before releasing her.

He said that the accused seized all her goods, valued at GH¢700, before releasing her to go home.

When Cephas was arraigned at the court last Wednesday on a charge of rape, his plea was not taken.

The prosecutor said that on November 26, last year, the accused on his motor bike, stopped by the victim along the road at Sokode-Lokoe, near Ho and feigned interest in the blenders and other items she was selling.

He said that the accused told the woman that he did not have enough money on him so she should accompany him to his house where he would take money to buy the goods.

The unsuspecting victim obliged only for Cephas to take her through such an ordeal.

Inspector Ayayee said that the woman reported the matter to the police the next day, after which a search was mounted for the accused and with the assistance from some public-spirited individuals, Cephas was spotted at the Ho Civic Centre and arrested on December 16, last year.

The court remanded Cephas in police custody to appear again on January 13, 2021, as the matter was still under investigation.