Our clubs need their scoring boots on 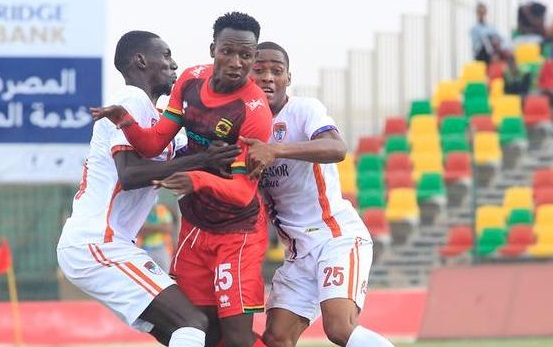 Ghana’s two representatives are battling for continental honours in a COVID-19 season. Like the rest of their opponents, it is the first time they are all playing through a pandemic – and without fans, too.

Asante Kotoko got their CAF Champions League Cup campaign to a somewhat stimulating start away last weekend after holding off Mauritanian side FC Nouadhibou to an animated 1-1 draw in the first leg of the preliminary round.

According to reports, Kotoko gave an imposing account of themselves, although they could have fetched maximum points on the afternoon had it not been for their profligacy in front the Mauritanian goal.

However, it was also said that Kotoko were hard-done by as the FC Nouadhibou 21st-minute equalising penalty was highly unfair. The incident was reported as “a one-on-one tackle – with Kotoko Yusif Mubarik’s hands folded at his back.”  In the befuddled milieu, the ball hit his belly but the referee – who was not close to the incident, stunningly pointed to the spot for a penalty. It was one of dark spots of the continental game.

The Asanteman Warriors, perhaps, should take some praise for holding off the final incessant raids by the home side to share the spoils. However, the Reds must as a matter of urgency put the result behind them and dash for the jugular in the return slated for the Accra Sports Stadium this weekend.

It is a good thing Kotoko have managed to scoop a vital away point, but it is not over at all. We have seen the club snatch some great results away only to see them crumble in front of their pet crowd like a pack of cards. This must not be the case this time around.

Seven years ago, Kotoko got their CAF Champions League competition campaign off to a sparkler after drawing goalless in an energy-sapping tie with Algeria’s JSM Bejaia away.

Spirits were very high for the return fixture. Predictions of 2-0 and 3-0 were emblazoned on the lips of fans. Sadly, a different story was told at the Baba Yara Sports Stadium as the Asanteman club could only manage 1-1 scoreline to crash out on the away-goal rule. Enough lessons are there to learn from, not so?

Just like their compatriots, AshantiGold also drew against their Burkinabe counterparts – Salitas FC, in the prelims of the CAF Confederation Cup on Sunday. The tie ended in a scoreless stalemate at the Len Clay Stadium.

According to reports, the Miners failed to make the numerous opportunities that decanted their way count, particularly in the second stanza. It does not look good in the return for the Ghanaians unless they change their goal-shy disposition and take Ouagadougou by storm.  They must be fully-loaded for bear. They must be prepared to die out of exhaustion rather than give up.  That is the most possible way to get the result.

What makes the return more of an arduous undertaking is the fact that Salitas missed three of their top stars for the game after Sami Hien, Ibrahim Barry and Captain Youssouf Barro all tested positive for COVID-19.

If the trio is fit, then AshantiGold have to dig deep into their rich reservoir to be able to survive in enemy territory. It is a massive task, doubtless.

In football, though, anything is possible.  Ashantigold must take the bull by the horn, storm Ouagadougou and deliver. Good thing is that the Miners – just like Kotoko, were able to create very decent gilt-edged chances, but let them go begging. It means that they are likely to churn out the desired result should they exploit home the avalanche of opportunities that pour their path.

The same message goes to the Porcupine Warriors, Asante Kotoko. They must go for broke, but at the same time ensure some level of cautiousness.

Having said that goal-scoring is increasingly becoming a Himalayan issue for Ghana football and the earliest we found the panacea to it, the better for our football. Let our clubs put on their scoring boots on, now!