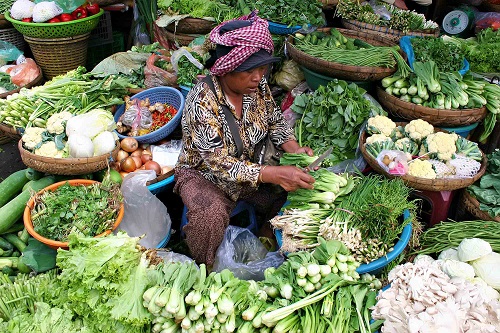 About five years ago, if anyone had predicted that Ghana and the world would be facing economic challenges of this dimension, many people would have hooted at such a person in disbelief.

Ghana’s economy was moving forward so well that we were not able to foresee the current economic hardships that have now bedevilled Ghana and the rest of the world. Measures taken by the country in the form of One District, One Factory, and Planting for Food and Jobs, were all measures that were being implemented in the right direction. Planting for Food and Jobs, for example, was meant to bring in enough food items to feed the people in Ghana and export the surplus to other countries.

Seeing it in this light, it was a good step that could have yielded fruitful results had it not been engulfed in this inflationary situation as a result of the COVID-19 pandemic and the Rus­sian-Ukraine war. It is unfortunate that things have gone this way, making life quite unbearable for Ghanaians.

As we speak today, the prices of foodstuffs and non-food items have become so unbear­ably high that we do not even know what to do about the situation. However, this is the time to remain calm and bring people together to live in peace while we take steps to reorganise our­selves and make life better for everyone in this country.

We cannot allow the present unpleasant economic situation to weigh us down so low that we are unable to recover from the crisis. It is an economic crisis that is hitting us hard, such that sometimes we wonder whether the world is really coming to an end.

Food prices are unbearable, and when we find such foods, it becomes difficult to get enough money to purchase them. People are also complaining about transportation fares and many other items that are sold on the market, claiming that prices keep changing every day beyond the control of consumers.

It is, therefore, very hard times, and it is good that the President has recognised this and made it clear that his administration is working hard and taking steps to overcome the situation and make life better for Ghanaians. In such a situation, it becomes difficult for anyone to believe that things can turn around for better economic growth in the future and also improve the welfare of people in this country.

Many Ghanaians appear to have lost hope be­cause the situation is really tough. However, this is the time to remain firm or resolute and move away from all states of hopelessness and instead accommodate some hope that things will be better. It is better to have hope and rebuild de­stroyed structures than to lose hope and appear helpless to do anything good for ourselves.

In the year 1983, for example, Ghana faced a similar situation, making it very difficult for Ghanaians to believe that the future would be bright. Across the country, there were bushfires. Food crops were burnt to ashes, and all animals in the bush were killed by fire.

It was a pathetic situation at the time, but Ghanaians were able to recover and come back to enjoy their normal economic life.

One of the unpleasant things that readily comes to mind is the shortage of food in the country, as a result of which many old people had to die of hunger. The usual Ghanaian food known as Ga kenkey was bought while an effort was made to cook it.

In other words, this form of kenkey was bought in its uncooked form. During this time, if a person waited for it to be boiled or cooked before selling it, that person risked losing the sale to other customers who were willing to buy the product in its raw state.

This situation tells us how desperate Ghanaians were at the time. In fact, everything was in short sup­ply, with the exception of air, which we could breathe freely for survival.

The situation may appear to be exaggerated be­cause it is now too difficult to believe, but it is true, and all those who are now 50 years of age or older can remember this horrible situation if only they were living in this country.

Many of the young people in this country, 35 years old and under, did not experience this horrible situa­tion because they were either not born or were babies at the time. It was an unbelievable situation that today’s young people, aged 20 and older, could not accept as true. Apart from food, other products were also in short supply. Things like packaged sugar, rice, cooking oils, etc. became known as “essential com­modities.” These essential commodities were stored in particular centres that accommodated them and sold to the public on a rational basis. What this meant was that essential commodities had to be rationed so that as many people as possible could buy some for their families.

Fuel for vehicles was also in short supply. The only thing that existed in abundance was salt. God also made air available without charge to the public. What to wear was unconsidered because a man had to consider what to eat and survive before considering anything else. Those of us who were not alive at the time would find it difficult to believe this situation.

Having gone through all this terrible situation, Ghanaians did not die but continued to live to rebuild the economy. Many of the people who were young at the time are now old, apart from those who are dead and gone.

Compared with today, we can say that the situation now, though difficult, is far better than that of 1983, which also saw many Ghanaians being deported from neighbouring countries, particularly Nigeria, where many Ghanaians had gone to seek rescue for a better life. It was not easy at all for this country.

First of all, food is not in short supply today. The problem, however, is that their prices keep rising, making it difficult for people to plan their budgets for their households.

Secondly, no Ghanaians have been deported to add to the numbers of people in the country who are al­ready hungry. Again, fuel is available, except that the price keeps rising.

Against this background, therefore, it is clear that the economic situation today, though not the best, is far better than what was experienced by Ghanaians in 1983. Things improved after 1983, beginning in 1985. It is, therefore, clear that the present situation can also be overcome and that we do not need to fight against one another and insult one another as we try to find solutions to the economic problems confronting us.

The President of the Republic has pointed out that we should rally behind him to overcome the problems so that life can be made better for every Ghanaian. In his own words, “This too shall pass.”

Ghanaians must remain united to overcome the current economic challenges so that no one can bring disunity among us and tear the country apart. The Executive, Legislature, Judiciary, and everyone else should work together to ensure that this problem is resolved quickly, after appropriate economic growth strategies are implemented.

Let us remain united to overcome this economic turmoil that is confronting this dear nation of ours.