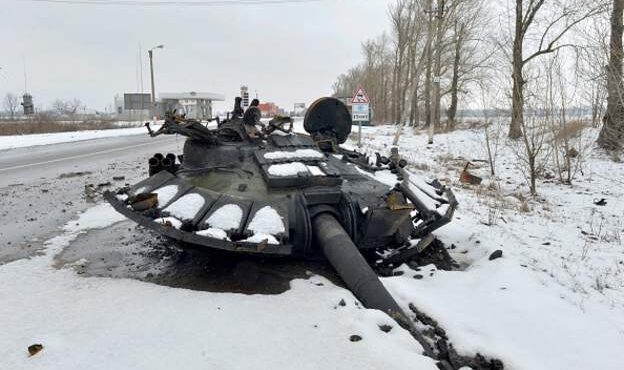 Ukrainian military officials have claimed 5,710 Russian troops have been killed in the first five days of intense fighting in the country.

In a video message posted to Facebook, a spokesperson for the country’s general staff added that over 200 Russian soldiers have been taken captive by Ukrainian forces.

The official also claimed that 198 Russian tanks, 29 planes, 846 armoured vehicles and 29 helicopters have been destroyed.

The BBC cannot independently verify these claims, but the UK defence ministry believes that Moscow’s forces have suffered heavy losses during its invasion of Ukraine.

On Sunday, officials in Moscow were forced to admit that their forces had suffered casualties, after days of claiming that no Russian soldiers had been killed.