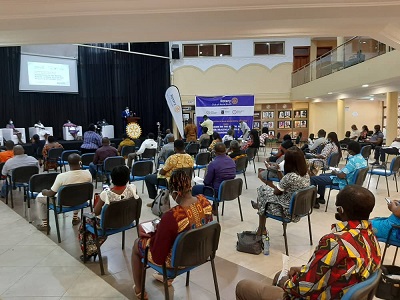 This was exclusively revealed to The Spectator by a team of doctors and experts in mental health, at the ‘Depression on the Mental Health Ladder: HealthCare Neglect and the Economic Cost’ symposium organised by the Rotary Club of Accra South, in Accra last week.

She estimated that, 13 per cent of Ghana’s population suffer from mental disorder.

According to Dr Charlotte Kwakye-Nuako, a Clinical Psychologist, depression is a major risk factor associated with mental health disorder which was characterised by feelings of severe despondency and dejection.

The Psychology expert indicated that it was a profoundly serious mental problem which could lead to suicide in most serious forms.

According to her, the number of people in Ghana projected to receive treatment for depression within the cases identified was estimated to be about 13,202.

“It is projected that about 30 per cent of those who received treatment would remain on antidepressants for life,” she underscored.

She said mental health problems are a major contributor to the global disease burden which is associated with premature mortality and generates substantial costs to the economy.

Mr Gerry Van Dyck, President of the Rotary Club of Accra South said it was important to pay attention and intensify awareness on the often overlooked aspect of mental health.

The President of the Rotary Club of Accra South lamented the infrastructural challenge associated with mental health care in Ghana.

He bemoaned that, there are only three mental hospitals in Ghana, two of which are in Accra and its environs, and the other located in the Central Region of Ghana.

“It is with this in mind, that the Rotary Club of Accra South with support from other partners has decided to construct a Psychological Health Resource Centre,” he reiterated.

He indicate that, when completed, the first phase would serve as a 24-hour contact point for psychologically distressed person, not only in Accra but all over the country by improving responses in emergency cases.

Adding that, the centre would also create an accessible point for referrals to treatment and other help centres.

The President further appealed to organisations to help execute the project.