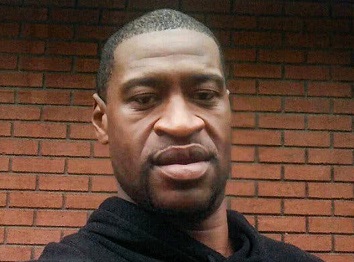 Parliament has condemned what it describes as the systemic and continuous racism against black people in the United States of America (USA), in the wake of murder of George Floyd.

The African-American was killed by a team of police during an arrest in Minneapolis on May 25, 2020.

He died while a police officer, Derek Chauvin, knelt on his neck for eight minutes, 46 seconds.

The death of George Floyd, who has since been interred close to his late mother in the Houston suburb of Pearland, has sparked global protests with the hashtag #BlackLivesMatter.

Adding his voice to the global condemnation in a statement in Parliament yesterday, the North Tongu MP, Samuel Okudzeto Ablakwa said the death of the 46-year old must mark the end of the centuries old racism that blacks have endured.

According to Mr Ablakwa who doubles as the Ranking Member on the Foreign Affairs Committee, “racial injustice is a global issue and affects all of us.”

“A clear message,” he said “must go forth that the black race has had enough.

“From slavery, colonialism, neo-colonialism, economic exploitation to structural and institutional racism, we have simply had enough. Black lives matter! We must force all those knees off our necks!

“We hope US authorities will ensure justice is manifestly done. May this become a watershed moment in history and a positive turning point for blacks in that country.”

The Minority Leader, Haruna Iddrisu, on his part said the murder of the late Floyd must be a wake-up call to all Africans.

He said the global condemnation of police should trigger a change in the use of minimum force because “eight minutes and 46 seconds on the neck of a suffocating person can’t be minimum force.”

Mr Iddrisu, MP, Tamale South said American constitution guarantees the rights and liberties of all citizens and non-citizens and that the leadership of the country must uphold that tenet.

The Majority Leader, Osei Kyei-Mensah-Bonsu, said America as the beacon of democracy must not be seen doing the opposite of what democratic dispensations are supposed to be.

“Why should America that is supposed to be the lead in democratic governance be advertising such heinous and barbaric crimes?

“America needs to do a serious introspection,” he stated.