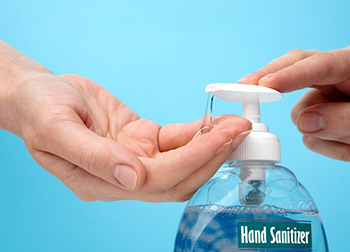 The patronage and prices of hand sanitisers have dropped in the market as supply of the product has outstripped demand.

The product became highly sought-after when the first COVID-19 case was reported in the country.

Checks at some sales points in Accra by the Ghanaian Times on Monday revealed that demand for the product has dropped.

In an interview Isaac Adjei, a chemist in Kaneshie said the market had been flooded with locally made hand sanitisers, resulting in the drop in demand for the product.

The high demand for the product during the early stages of the outbreak pushed him to invest hugely in the business adding that “now people are not buying as they used to.”

He said he was able to buy a piece of land from the sale of the product and was hoping that the high demand would be sustained to enable him to make more profit.

Ama Boatemaa, a trader at Amasaman who is also experiencing the low patronage said she had also invested a lot of money in the business in order to make some reasonable amount of profit but the business has been slow for some time now.

“My only prayer is to get more buyers for the remaining products so that I can venture into another business,” she said.

Kofi Asamoah, a sanitiser user said, he would not spend much money on the purchase of sanitisers because he believed that hand washing was far better than the usage of hand sanitisers.