Players to watch as EPL kicks off 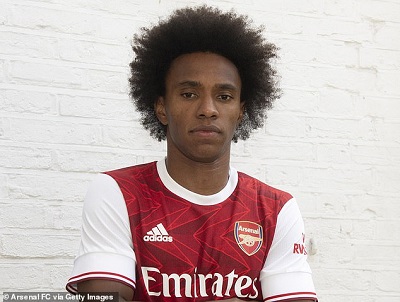 Even in this condensed summer between seasons, the impacts of new signings are going to be the main talking points of the opening weekend of the Premier League campaign.

The vast majority of the top-flight sides in England take to the field once again on September 12 – just seven weeks after the 2019-20 season came to a close.

Several Premier League sides have been busy in the transfer market, which closes on on October 5. These are some of the new buys likely to light up the first weekend of the top-flight.

Leeds United’s tie away at Liverpool today will be a momentous day for the supporters as they will watch their team in the top-flight for the first time in 16 years.

Nobody knows what to expect from Marcelo Bielsa’s side this season, their opening game at Anfield will give a strong indication whether Leeds are here to challenge the big boys or provoke modest expectations amongst their fans.

He may only be 22-years-old, but there is a lot of expectation on the shoulders of Eberechi Eze at Selhurst Park this season.

The former QPR man lit up the Championship with some impressive displays last season, which earned him a £17million to Roy Hodgson’s side.

Palace will be hoping that Eze will be a regular on the Eagles’ scoresheet whilst also helping to provide key passes to other attacking talents such as Wilfried Zaha and Jordan Ayew – starting in his first home match against Southampton today.

The 24-year-old scored 34 goals in 45 matches in all competitions for RB Leipzig last season and the pacy, clinical forward will be looking to get off to the perfect Premier League start against Brighton on Monday night.

Werner found the net just minutes into Chelsea’s pre-season tie against Brighton in August and could do the same at the Amex on the opening weekend.

West Bromwich Albion supporters all know about what Matheus Pereira can bring to the team, but Premier League fans have yet to seen him play.

The silky midfielder was a bright light in the Baggies side that won promotion to the top-flight last term through the automatic promotion spots.

Brazilian winger Willian made the shock switch across London to Arsenal after turning down a lucrative new contract at Chelsea.

While the 32-year-old was regularly used as a winger at Stamford Bridge, Gunners boss Mikel Arteta has hinted that Willian could be used in a more attacking midfield role in north London.

The Brazilian will return to west London for his first Premier League match in the red and white of Arsenal against Fulham and will be looking to get off to a positive start.

Spurs have been needing a reshuffle in midfield for some time and ex-Southampton captain Pierre-Emile Hojbjerg is hoping to be the breath of fresh air Jose Mourinho needs in the middle of the park.

The Danish midfielder is expected to be the ball-winning option out of the midfield three in order to compliment the likes of Giovani Lo Celso and Dele Alli going forward. Hojbjerg can break up play while also play simple yet effective passes going ahead.

The 35-year-old may be hitting the twilight of his career but he will provide the leadership and defensive astuteness that Lampard’s side desperately lacked last season.

Fresh off the back of an impressive Champions League final performance, Silva’s prospective debut against Brighton should not be too difficult a test.

Young defender Mohammed Salisu had an impressive season at Real Valladolid last term, now he’s getting a try at some top-flight action in England.

The 21-year-old is expected to be the reliable defensive option in Ralph Hasenhuttl’s relentless attacking team and his displays will be crucial in determining his how far the Saints improve from last term.

The 28-year-old is an excellent ball carrier and could be the all-important link which connects the Magpies’ midfield to their forward line.

With Newcastle facing a West Ham side who are yet to make any transfers this summer, this is an opportunity for Hendrick and Newcastle to start the season on the front foot.

Players to watch as EPL kicks off