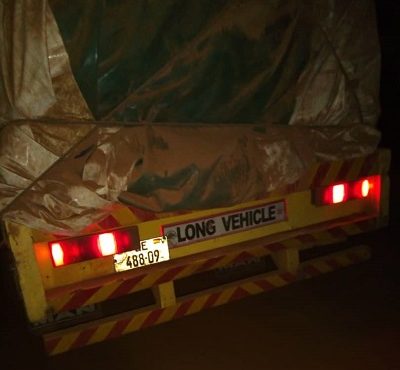 Police in Tumu have impounded two trucks of smuggled subsidised fertiliser meant for the government’s flagship programme, Planting for Food and Jobs (PFJs), at Ligmera junction around Kupulima in the Sissala East Municipality.

The impounded fertilisers, which were in 25kg bags, with inscription “Planting for Food and Jobs” were loaded in two articulated trucks with registration numbers GW-8761-09 and GE-458-09, and were being smuggled to Leo, in neighbouring Burkina Faso.

Confirming the incident to Ghanaian Times at Wa yesterday, Regional Police Public Relations Officer, Inspector Gideon Boateng said the trucks were intercepted by police personnel who were on patrol duty around the area on Sunday.

He said upon inspecting the truck, they found several bags of fertiliser in both trucks and impounded the vehicles together with the fertiliser.

“The drivers of the vehicle after parking the trucks at the District Police Headquarters absconded and have since not been found,” he said.

He added that the police have launched investigation into the matter and would endeavour to identify the perpetrators of the crime for prosecution.

He appealed to residents to desist from such acts as it went a long way to affect farmers in the country and deprived them of the basic inputs they needed to ensure high productivity.