Police Service a bit too lazy to carry out background checks on personnel – Dr. Norman 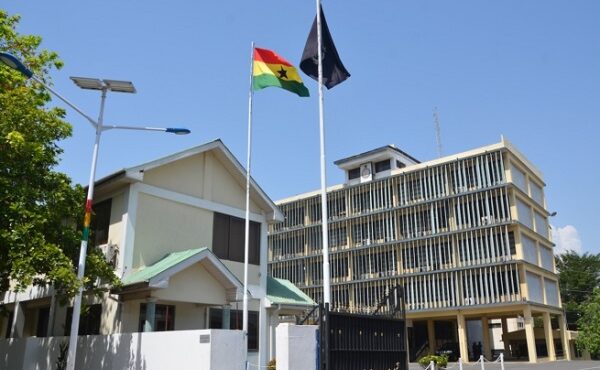 The President of the Institute of Security Disaster and Emergency Studies, Dr. Ishmael Norman, has accused the Ghana Police Service of being ‘a bit too lazy’ in keeping an eye on their personnel after recruitment.

According to him, the failure of the Service to monitor the activities and lifestyles of its members has enabled criminal elements within to flourish and fester.

Speaking on JoyNews’ PM Express on Wednesday, he noted that the Ghana Police Service has all the needed capacity to run background checks on their recruits and members, however, they have failed to do so.

He was speaking in relation to the arrest and indictment of 6 police officers in the ongoing bullion van investigations.

Dr. Norman believes the 6 arrested might only be the tip of the iceberg of organized criminal gangs within the Police Service.

According to him, an independent investigation into the Police force starting from the Inspector General of Police to the lowest rank would unravel many skeletons and rid the Service of criminal elements.

Again, he stated that even though it is possible that criminal gangs have infiltrated the Police force through recruitment, it is also very possible that some of these criminal elements were only recruited into the gangs after entering the Service.

“I think it’s two sides of the same coin. Some of them might have been weaponised within the Police. If I’m doing operation and I see energetic, willing guys, crazy guys, I’ll pick them and then indoctrinate them to do it. And if they are already criminals I will also pick them. I think what is happening here is that we cannot really blame everything on the recruitment process,” he said.

Dr. Norman has thus called for a closer look at the Police’s own approach at surveilling its members in order to weed out corruption and crime from within.

“But let us not blame it on the recruitment. Let us look at what the Police does in order to surveil its own force. Let us see whether they test them for drug use. Let us see whether they spy on them for those that have all of a sudden they’re earning maybe 4,000 cedis a month but they’re driving a $150,000 vehicle or a 150,000 cedi vehicle then you have to know that these people are into some nefarious activities,” he said.