Poor breastfeeding technique can cause pain, sore on nipple – Specialist 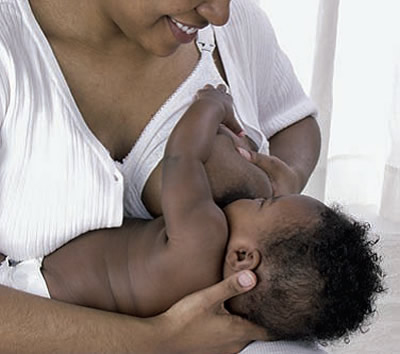 Dr Dixie Constantini, an Obstetrician Gynaecologist of Women’s Health Obstetrics and Gynaecology, has asked women to be mindful of how they breast feed their babies.

technique could result in painful, sore and cracked nipples.

She said, “When a nipple is damaged, it could make breastfeeding uncomfortable for lactating mothers and might further reduce milk supply to babies that could make them to lose weight with time and not grow as expected.”

In an interview with The Spectator, Dr Constantini advised mothers with damaged nipples to seek help from doctors or midwives, who would prescribe appropriate creams or ointments for them to use.

Her advice followed frequent complaints of lactating mothers about sore nipples which made breastfeeding painful and a task for mothers, and also uncomfortable for babies to suckle as expected.

She said that it was important to always offer a baby the less painful breast first after which the painful one is also given and asked that little drops of breast milk be left on the nipple after each session to dry up.

The Obstetrician Gynaecologist disclosed that there were many ways to breastfeed and it was important to change a breastfeeding technique or try new breastfeeding positions if what a mother initially used was not helpful.

“Position your baby during breastfeeding in such a way that the painful part of your nipple is nearer the corner of its lip but before doing so, place a warm towel on your breast. This stimulates the release of breast milk,” she said.

Dr Constantini again advised breastfeeding mothers to ensure that their nipples were either exposed to enough fresh air daily or use nipple shield when necessary.