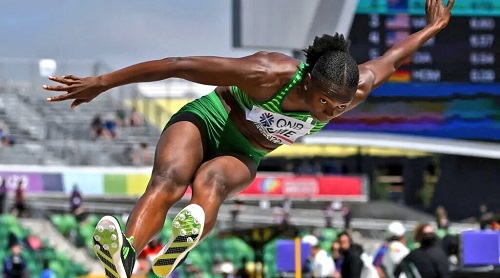 One thing that the just-ended Commonwealth Games in Birmingham may have thought Ghanaians is that investment and planning is key.

These are areas that the nation has fallen short over the years.

The exploits of Nigeria in Birmingham where they amassed 35 medals did not come from the blues. Years of meticulous planning backed by finance got them to the podium many times where their national anthems blared across the world. As hammered myriad times, you do not reap where you have not sown. When you put in something negligible, you would not expect to reap in bounty.

Three years before the Games, Nigeria’s Sports Minister Sunday Dare, launched what was termed as ‘Adopt-an-Athlete Initiative’ that was preceded by consultations with athletes and federations nationwide in a bid to find out the root cause of the challenges athletes faced which impeded their performances at the regional and world stages.

It was established that the unavailability of funding and grants, unavailability of scholarships and inadequate support amongst other challenges were what were militating against the rise of their athletes. It was also found that many of the athletes did not have enough income to survive and rather spent a lot of time trying to earn a living rather than spend time to further develop their skills.

The way out was to give them financial support to make a difference.

To be honest, the ‘Adopt an Athlete’ initiative itself was hatched by a sports journalist, Jide Fashikun. Sorrowfully, it was reported by the Vanguard newspaper of Nigeria that just when the programme was beginning to take shape and gain acceptance by Nigerians, Fashikun passed on.

Luckily, his partner on the project, Mary Onyali, was appointed as an aide to the present Sports Minister, Sunday Dare, who bought into the idea and latched on to it.

Companies, individuals and even state governments keyed into it, adopted potential athletes who they provided funds for to cater for their training and sundry requirements in order to avoid distractions as they prepared for competitions.

The reward is what Nigeria is reaping today. Who would have thought that a Nigerian athlete would be ruling the world in 100m hurdles with a gold medal added to it?

So, it goes without saying that a number of State Governors – from Delta, Edo, Ogun, Bayelsa and Lagos among others, were said to have embraced the initiative. After serious engagement, financial institutions like Fidelity Bank, Zenith Bank, UBA Bank, Access Bank and other corporate bodies also jumped into ‘fray’ as 38 athletes in total became beneficiaries of the ‘Adopt-an-Athlete’ initiative.

According to sources, once the initiative kicked off, some home-based athletes got as much as $10,000 paid directly into their accounts and managed solely by them.

“Some use it to pay for their coaches, kits, nutrition, health insurance, and others,” the source said.

High profile foreign-based athletes also earned $20,000 due to the fact that they had a higher overhead.

Now, three months before the Commonwealth Games, 21 meetings were said to have been held at various levels just to make sure all bases were covered. They were simply being deliberate about their goals. They knew what they wanted!

It did not end there.

The Sports Minister ensured that athlete’s allowances, bonuses and award money was available 48 hours ahead of their game. Before most athletes competed in their games, they had their allowances readily available to them. Some allowances were even increased and new bonuses activated.

Hitherto, too, Nigeria only participated in four disciplines at the Games because of unavailability of funds. This time around, the Birmingham came with nine – five more well prepared disciplines were added.

Who says good investment and planning is not the way to go? As you may have been aware, many records were smashed, glass ceilings shattered and new records set. Nigeria set four amazing new Games record, a world record and had their finest outing ever in the history of the Commonwealth Games.

It is imperative to note that Nigeria participated in nine events in Birmingham and emerged as the best in Africa and creditably seventh in the World. Records suggest that the Birmingham Commonwealth multi-sport festival was the largest ever held, with 72 participating nations.

Here in Ghana, we sent 13 disciplines and returned home with five medals (minus gold), placing 28th. Nigeria amassed 12 gold (won by Nigerian women athletes), nine silver and 14 bronze medals – 35 in all. It is Nigeria’s best outing in 15 appearances at the Games since its first participation in Auckland, New Zealand, in 1950.

Come to think about it: Nigeria’s National Sports Industry now has a Policy that has ‘reclassified’ Sports as Business and no longer as Recreation. This policy, it is said, will deliver a working plan between Private Sectors and the Federal Government. This way, the funds the Ministry does not have can easily be made up for.

This development is regarded as an important product of the Memorandum of Understanding (MOU) signed by the Ministry and NESG on December 17, 2019.

It is time for us to wake up – and take a leaf from the Nigerian example, or be left far behind. We cannot afford to joke again, especially as we prepare to host the African Games on August 4, 2023 (less than a year away).