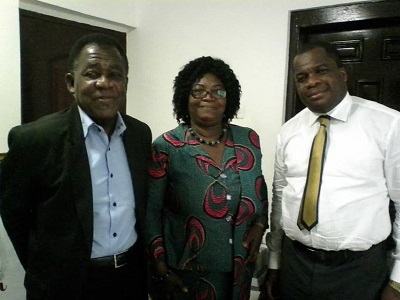 The President of the International Prisons Chaplains Association, (IPCA) Ghana, Rev Steve  Mensah has said it was unfortunate that prisons throughout the world were filled with young people.

He, therefore, advised  the youth to  conduct themselves  responsibly and do all within their power to avoid problems which could land them in prison.

Rev Mensah , who is also the Coordinator of the  Christ Embassy Prisons Ministry, Nungua branch, asked the youth  to respect their parents since that was one of the commandments of God.

He said  juveniles who were  in solitary confinement could develop serious emotional problems and eventually ruin their future.

Rev Mensah was sad to note that young offenders who were mixed with adults in prisons came out as hardened criminals instead of being reformed.

He said it was unfortunate some of the youth were often abused sexually and physically, adding that the situation of overcrowding in the  prisons could result in the outbreak of diseases like tuberculosis and coronavirus among others.

He asked them to refrain from drug addiction, violent demonstrations in schools, avoid bad companies, and illicit relationships.

The IPCA President asked them to keep away from ungodly people, read their bibles and  pray constantly to keep them close to God.

Rev Mensah advised them to avoid taking short cuts in life, but rather  take their education seriously,  since that was the only way they could become successful in  life.