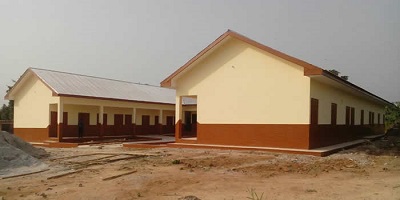 The Acting National President of the Ghana Association of  Private  Schools (GAPS), Mr Domastus Tuurosong , said private school education in the country was likely to face serious problems if urgent steps were not taken  to support their administrative operations.

Speaking in an interview with The Spectator, he said it would be extremely difficult for private schools to operate at half  capacity class- sizes to help curtail  further  spread of the  COVID-19 pandemic.

He explained that such a situation demanded  that more teachers were employed to assist, but was quick to ask,” How will the school authorities generate enough money to pay the salaries of the additional staff?”

He lamented that unlike corporations which had commenced operations when some lockdown restrictions were relaxed, schools remained closed until recently when the final-year students were required to resume classes pending their examinations, a situation where school fees would not be paid.

” We are confronted with the problem of how  to generate funds to pay the salaries of teachers who are preparing the final-year students ,” he said.

Mr Tuurosong said though the schools were provided with Personal Protective Equipment (PPE), these items which were used frequently could not last, and the schools had to supplement.

Mr Tuurosong has appealed to the government to make it possible for private schools to benefit from the stimulus package for small and medium scale enterprises in the country.

He said unlike other businesses which generated income for their sustenance,  it was unfortunate that schools did not, hence the precarious situation in which they operated.