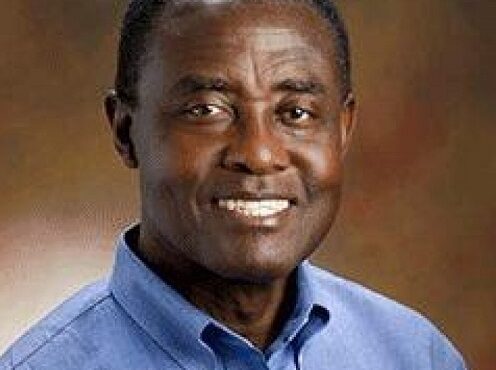 The Ghana Physicians and Surgeons Foundation of North America (GPSF) recently announced the passing of Prof. Kwaku Ohene-Frempong who was the President of the Sickle Cell Foundation of Ghana.

Tributes have poured in for the renowned professor who has been described as a man “devoted to Ghana and humanity” for his contribution, in diverse ways, to the management of sickle cell disease globally.

As the GPSF prepares a video collage and other tributes, The Spectator delves into the life and career of the Professor, as captured by the Ghanaian American Journal.

Kwaku Ohene-Frempong, M.D., born in Kukurantumi, the capital of Abuakwa North Municipal Assembly in the Eastern Region, Ghana, arrived in the United States in 1966 to study medicine at Yale University.  He served as the Senior Prefect of the Prempeh College, Kumasi, in the Ashanti Region, where he completed both his Ordinary and Advanced-level studies.

As an International Scholar-Athlete Hall of Famer and a “Renaissance Man,” he began his athletic career at Prempeh, where he won three national track titles and was a Ghana national high school champion in the long jump, triple leap, and high hurdles.

At Yale, he captained the Track and Field team and set both indoor and outdoor records in the high hurdles.  While at Yale, he continued to compete for Ghana and, in 1970, set a new Ghana record in the 110m high hurdles. This record stood for 26 years and was broken at the 1996 Atlanta Olympic Games.

He received his Bachelor of Science degree in Biology in 1970 together with the William Mallory Award for the Best Student-Athlete at Yale. He went on to Yale School of Medicine, and graduated in 1975.

His doctoral thesis, entitled “Child Health in a Ghanaian Community,” was based on the work he did at the Komfo Anokye Teaching Hospital (Kumasi) in 1974.

After graduating from Yale, he moved to New York City for a Residency in Paediatrics at the New York Hospital, Cornell Medical Centre. In 1977, he came to The Children’s Hospital of Philadelphia for a three-year Fellowship in Paediatric Haematology-Oncology.

Upon completion of this subspecialty training, Dr. Ohene-Frempong went to Tulane University, where he established the Sickle Cell Centre of Southern Louisiana and served as its first Medical Director. He became the Director of the Section of Paediatric Haematology-Oncology and Associate Professor of Paediatrics at Tulane University School of Medicine.

Dr. Ohene-Frempong returned to The Children’s Hospital of Philadelphia in 1986, becoming the Director of the Sickle Cell Programme under the Division of Haematology.

Dr. Ohene-Frempong directed the Centre’s paediatric haematologists, nurse specialists, social workers, child psychologists, and counsellors in the care of more than 600 children and adolescents who had sickle cell disease.

In addition to coordinating this patient care, he oversaw the research activities of the Centre and conducted research projects. Dr. Ohene-Frempong tested new treatments for children with sickle cell disease and developed a project for testing newborns for sickle cell disease in Ghana.

He completed his two-term office in 1998 and continued to serve as a member of the National Board of Directors of the Sickle Cell Disease Association of America and was elected Chairman of the Board in September 2003.

In 1999, he was named an inaugural inductee into the International Scholar-Athlete Hall of Fame together with Arthur Ashe, Senator Bill Bradley, Justice Byron White, Paul Robeson, Plato, and others in November 2001, as part of Yale University’s 300th Anniversary Celebration.

Dr. Ohene-Frempong was selected as one of nine former athletes of Yale as inaugural recipients of the William H. W. Bush Lifetime of Leadership Award.

He was a full-time member of the Faculty of the University of Pennsylvania School of Medicine, where he was a Professor of Paediatrics.

He was Board-certified in Paediatrics and Paediatric Haematology-Oncology and was an Attending Haematologist at The Children’s Hospital of Philadelphia.

In 1993, the National Heart, Lung, and Blood Institute of the National Institutes of Health awarded Dr. Ohene-Frempong a research grant to develop a pilot project for Newborn Screening for Sickle Cell Disease in Ghana. The first of such screening programme in Africa, this international collaborative project was established in Kumasi and Tikrom, a nearby rural town.

Participating institutions include The Children’s Hospital of Philadelphia, Noguchi Memorial Institute for Medical Research, the School of Medical Sciences, Kwame Nkrumah University of Science and Technology, the Komfo Anokye Teaching Hospital, and the Ministry of Health, Ghana.

Prior to the initiation of the screening programme, the first sickle cell clinic was inaugurated at the Komfo Anokye Teaching Hospital with 10 patients in December 1992. As of December 2003, the project had tested over 158,000 newborn babies in the Kumasi area and enrolled over 2,400 newborns with sickle cell disease in the clinic. Overall, the sickle cell clinic had grown to more than 8,000 patients by September 2003.

Dr. Ohene-Frempong was married to Janet, and they lived in Elkins Park, PA. They have two children, Kwame (who died in 2021) and Afia.