Professionals must honour their tax obligations 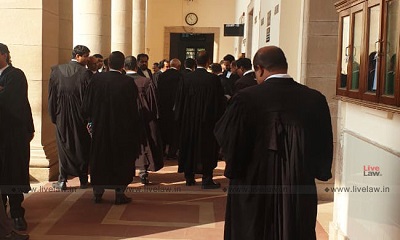 The phrase ‘Fix the Country,’ has become so popular in the country in recent times and it is often bandied around in political and economic discussions on radio and television as well as on social media.

What started as a hashtag on social media, has metamorphosed into a movement, pressing for better economic conditions in the country.

The group led by mostly professionals is on the neck of government to fix what they described as the deteriorating socio-economic conditions in the country.

Particularly, the group wants the country’s bad roads to be fixed and employment created for the unemployed youth.

Yes, the demand by the ‘Fix the Country’ group is legitimate because parties are voted into power to solve problems. The government has a social pact with the citizens to harness the resources of the country and to fix the development challenges the country is facing.

Mostly, the demands for better socio-economic conditions such as good roads, water, and electricity are championed by professionals who want to enjoy better social amenities.

This is largely because they have access to the plethora of media, mostly concentrated in the cities, to voice out their concerns and reach out to people in authority.

Social media appear to have expanded the space for professionals to embark on their activism for better social services.

But, how can the government finance the construction of deplorable roads, provide electricity and potable water, if the state cannot raise enough revenue to finance such projects?

It is an established fact that governments all over the world, Ghana not an exception, depend on taxes to run the economy and finance developmental projects.

It is not a truism that Ghana no longer enjoys budget support and grants from the country’s development partners and donors because of the country’s attainment of a lower middle income status.

Thus, the state has to raise its own financial resources- both locally and internationally – to fund the budget and meet other financial obligations of government.

The outbreak of the COVID-19 pandemic has exacerbated the global financing conditions, squeezing credit to developing countries.  Even developed economies are going through some financial difficulties, due in part, to the slowdown in economic activities and the need for their governments to procure vaccines and other essential supplies to combat the coronavirus disease.

Apparently, in view of the difficulty of the government to raise sufficient tax revenue, it has to resort to borrowing to be able to finance the budget and other development projects.

Generally, domestic tax revenue mobilisation in the country is very low, due among others, to the informal nature of the Ghanaian economy, low manufacturing base, and the tax exemptions offered multinational companies.

Is it then strange that, after more than six decades of independence, the country is grappling with basic developmental challenges with poor social services and facilities?

But more importantly, is it not also worrying that professionals who earn so much do not pay taxes on the money they make?

Why are professionals who are in a better position to contribute their widow’s mite in relation to honouring their tax obligations to the state are not willing to do so?

Is it fair for the same professionals to complain of poor state infrastructure and social amenities and push for improved socio-economic facilities?

Moreover, is  it also not worrying that Kayayei and head porters who earn a pittance are forced by the Assemblies  to pay daily tolls, yet some professionals who make so much are left to go scot free without paying tax?

Not happy with the low domestic revenue mobilisation, the President Nana Addo Dankwa Akufo-Addo, stirred the hornet’s nest about the alleged evasion of tax by some professionals, when he addressed 2021-2022 Annual General Meeting of the Ghana Bar Association held at Bolgatanga in the Upper East under the theme “Ensuring an Increase in Revenue Mobilisation Through Taxation for the Purpose of Accelerated National Development: The Role of the Lawyer.”

He said about 60,000 professionals including lawyers, accountants, doctors and politicians did not honour their tax obligations.

The President who quoted figures from the Ghana Revenue Authority (GRA) to back his assertion “decried the practice and called on professionals to honour their tax obligations.”

Particularly, President Akufo-Addo indicated that, “indeed, records of lawyers in paying tax have been historically poor,” and urged the Ghana Bar Association to help change the trend by ensuring that members of the Association “become ambassadors of tax payers.”

Respectfully, it is not enough for state authorities to lament on the problem, but putting in measures to tackle the problem.

As the President indicated, the problem had been with the country for a very long time and the GRA was aware of it.

GRA is always on the neck of small-scale businesses and petty traders which do not earn much for them to honour their tax obligations to the state.

Ghanaians are witnesses and aware of the militant approach the GRA sometimes employs to compel certain organizations or business establishments which have not paid their taxes to do so.

Why is it that the GRA can’t apply the same approach to professionals who continue to refuse to honour their tax obligations to the state?

Is it so difficult that the GRA cannot trace the professionals who earn so much but refuse to pay their widow’s mite to the state, for tax purposes?

It is hoped the numerous revenue intervention programmes being pursued by the GRA such as the Ghana.gov programme, the replacement of the Tax Identification Number with the Social Security and National Insurance Trust number and the property addressing system will help address the problem.

In an interview with a Senior Research Fellow of an Accra-based think tank, Institute for Fiscal Studies, Dr Said Boakye, he said the government and the GRA “must go after the professionals who are not honouring their tax obligation to the state.”

“The practice of some professionals not paying tax is a well-known problem and efforts must be made to address it,” he said.

According to Dr Boakye some professionals mostly in private practice evade tax because they neither file nor declare their tax returns.

“This is not fair. There must be fairness in the system.  Even if workers in the formal sector who earn meagre salary pay tax through Pay as You Earn and it is deducted at source, then professionals in private practice who earn so much must be made to pay tax.  GRA and the government must work at it,” the Senior Research Fellow, suggested.

Dr Boakye indicated that the evasion of taxes by some professionals in the country was denying the state of the needed revenue for development purposes.

Professionals must honour their tax obligations