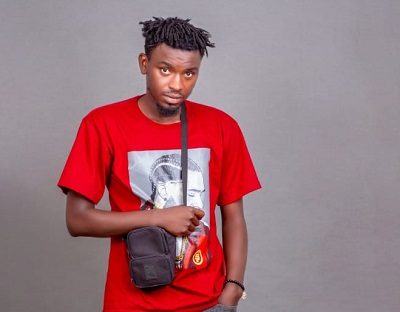 Local artist, Zakaria Sheriff, known in the entertainment circle as ‘Best Ghally’ has been crowned the Artiste of the Year in the just-ended Upper West Regional Music Awards at Wa.

The Dawubie hit maker took home a motor bike and a plague of honour.

The 6th edition of the Progress Upper West Music Awards Scheme (PRUMAS) which took place over the weekend saw musicians who distinguished themselves within the year, pick awards in 22 respective categories with three honorary recognition to persons who had propelled the growth of the entertainment industry in the region.

PRUMAS was designed by the first radio station in the region, Radio Progress in 2013 to recognise talents of local artists and encourage them to work harder for national and international laurels.

To help nurture the talent of the artists and also achieve the aim of the awards scheme, this year’s edition of PRUMAS was preceded by nominees’ seminar with movers of the creative arts industry such as Songstress Noella Wiyaala and the Regional Secretary of MUSIGA, Mr Aziz Sungumo facilitating the meeting on issues concerning online marketing and monetisation, among others.

Best Ghally who doubles as a sound engineer won the overall best artiste for the second time after picking the award in 2017 with his popular track ‘Dawubie’.

Prior to receiving the crown as the king of Upper West Music this year, Best Ghally had won 15 local awards including the Sissala Entertainment and Northern Entertainment Awards respectively.

Other awardees included Eugenia and DJ  Skinny who won the Gospel Artist and best Disc Jockey of the year respectively. Hip hop artist, El Twist Dagarawon the Hip hop song of the year with his track ‘Supremacy’ whereas Badda Kasu picked the best Music for Development with his track, ‘Clean the Environment’.

The award scheme was used to also honour musicians Samini and Wiyaala as well as veteran presenter of the Regional Station of the Ghana Broadcasting Corporation, Seidu Bhomanjo for their contribution to the growth of the industry in the region.