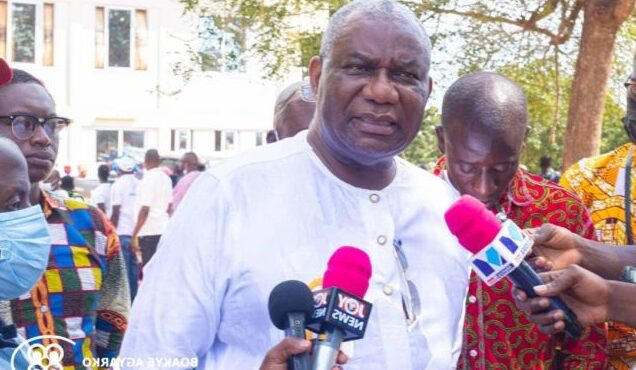 According to him, the recent recurrence of violence among some factions of the party leaves much to be desired.

Mr Agyarko believes these incidents are a culmination of built-up disregard for party regulations that have been brushed under the carpet for too long.

Speaking on Accra-based Peace FM, he insisted that the wanton disregard for view and hierarchy has allowed the chaos to fester, leading to the unfortunate developments now unfolding.

He said the NPP’s National Executive Council (NEC) has a crucial role in forestalling any further disturbance.

“National Executive and national council must stop the indifference, the hypocrisy. We know people are breaking the law, but we seem unconcerned,” he said.

For instance, in the New Abirim constituency, a fierce fight broke out at the Dodoworaso polling station on March 1, 2022.

The NPP Youth Organiser in the area sustained cutlass wounds amid the incident during the recent polling station election.

Frank Ayim was attacked by one Alfred believed to be close to the MP for the area.

Issues such as these do not sit well with Boakye Agyarko, who has already expressed interest in leading the party into the 2024 general elections as a flagbearer.

He wants the NEC and national council to “pull the brakes and recognise that what is going on will not help us.”

“Wisdom is not the preserve of a few. But, if we all discuss the situations from the bottom up, we can bring change,” he said.

While preferring solutions, the former Minister believes that focus must be channelled into assessing the party’s new direction to keep the party away from soiling its image.

The February 20 incident started when supporters protested a decision by the constituency executives to sell the forms to them when they had already been paid for by Benard Antwi Bosiako, the Ashanti Regional Chairman of the party.