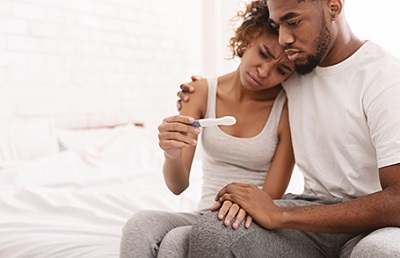 MY aunt, the late Gladys Akua Denkyiraa lived with infertility and died in 2003 without any child. She adopted me and most of her sisters’ children and gave us good education. She died of stroke and I must say, all the children from her sisters took good care of her during her illness till she died. Until then, she had several failed marriages in which all the men involved got divorced after few years of no childbirth.

I knew the psychological stress she endured because I accompanied her in most of her travels throughout the length and breadth of Ghana to seek medical attention from both hospitals and herbalists. She treated every child who came her way with love and kindness. In summary, I can say, she was benevolent or philanthropist who extended her benevolent acts to cover even mad people who came to our village.

Certainly, fairness is a missing vocabulary in the thinking dictionary of the African, and for that matter, Ghanaians. Just as it takes two to ‘tango’, so equally does it take married couple to come together to produce a child.

Ironically and rather so unfortunate, in the thinking of most Africans, whenever a male and female come together as married couple and after one year, two years, three years or more and there is no issue of childbirth, the female partner is selectively blamed and tagged as ‘barren’. In the thinking of the African, it is the woman who after all gives birth to a child after nine months of conception or pregnancy. Events that should precede pregnancy before childbirth is immaterial to the thinking of the African. It may be ignorance or deliberate. Which ever way it goes, research has proved beyond reasonable doubt that infertility is not an all women issue but men too.

A friend lecturer at one of the Universities in Western Europe had two kids from a previous marriage. He got married to a new woman and for six consecutive years, a child was not forthcoming. His sisters constantly subjected the new wife to insinuations and direct confrontations. Meanwhile, the lady has had several clinical tests to prove that she’s not barren or infertile. Anytime I advised my friend to go for a medical check -up, he always defended that if he was infertile, he would not have got two kids from a previous marriage. Finally, when he was dared to go for a medical check-up, it came out that he was notstrong enough to impregnate a woman.  What was the cause of defects in the quality of his sperms? This African lecturer friend of mine in Europe was fond of wearing tight jeans almost every day. Aside that, he always bath with hot water thereby exposing his testicles to heat and, therefore, became a victim of low sperm count or low testosterone.

According to researchers, female infertility has several causes which include-  hormone imbalance, and ovarian cyst, eating disorders such as anorexia, excessive abuse of alcohol and drugs. Thyroid gland problems, excess weight, stress, intense or strenuous exercise that causes a significant loss of body fat.

It is worth noting that failure to ovulate properly is due to several causes which include ovarian or gynaecological conditions such as primary ovarian insufficiency (POI) appeared to be the most common cause of female infertility.

The following signs when experienced by a woman raises red flag ofinfertility. Chronic pelvic pain, not only during menstruation but also during sexual intercourse with the partner. Constant back pain or feeling fatigued without any strenuous engagement or activity. Irregular menstrual period, bowel problems or pain with bowel movements.

Damage to the fallopian tubes or uterus or problem with the cervix also reduces fertility in women. Age is a contributing factor to infertility and unlike men, women fertility decreases with age.

Abnormal cervical mucus can prevent sperm from reaching the egg to cause pregnancy because it makes it more difficult for the egg to be penetrated by the sperm.

Also, women on birth control drugs risk infertility. The best and most effective natural birth control practices are the application of menstrual chart or calendar.

Natural birth control remedy does not use any drug or condoms which may have their side effects on both the male and the female or any devices. If there would be mutual understanding between the married couple, they should abstain from sex during the fertile period of the woman and can enjoy sex only during the safe period from the seventh day after the woman menstruated and from the seventeenth day after. It is highly acknowledged by medical experts that a woman attains ovulation the 14th day after the first day of menstruation. Now, it is believed that the egg produced during ovulation, gets extinct after 72 hours which is three days. Meanwhile the spermatozoa in a man’s sperm also takes 72 hours to get extinct.  It is worth noting that on the 11th day after a woman menstruates, if she ever had any sexual intercourse, the possibility of pregnancy would be high because by the 14th day that she ovulates, the spermatozoa might not be extinct. The three days after ovulation is also considered fertile for pregnancy because at that period, the 72 hours lifespan of the ovulated egg might not have been depleted.

It is widely acknowledged that nothing can be done to prevent female infertility caused by genetic problems or illness. There are, however, many other precautions women can take to decrease or forestall the possibility of infertility.

It is quite advisable to contact your healthcare provider if a woman experiences any of the following, abnormal bleeding, abnormal pain, fever, unusual discharge, pain or discomfort during sexual intercourse, soreness or itching in the vaginal area.

Aside ageing which seriously affects women fertility, there is the need to guard against psychological stress, obesity, poor nutrition, lack of exercise, excessive intake of caffeine, imbalance insulin levels due to sugar intake, diabetes or polycystic ovary syndrome (PCOS). Avoid the use of cell phones or other technology and placing them near the reproductive organs. Avoidance of spontaneous abortion preeclampsia (high blood pressure during pregnancy).

Certainly, stigmatization of women with fertility deficiency is quite gross in Africa and for that matter, Ghana. In most cases, the in-laws of the victim female seize every opportunity to either insult or physically attack her. There have been several instances the in-laws by their own decision brought along a new woman to replace the one having fertility deficiency. What a psychological stress.

Nonetheless, I strongly believe if we create the awareness through massive educational drive in schools and colleges and at town hall meetings, we can make positive stride towards eradicating the stigma attached to infertility in women. Non-Governmental Organisations should take it upon themselves to create interest groups engaged in helping women with fertility deficiency. Celebrities could be drafted as brand ambassadors to assist in the educational drive to raise awareness on infertility prevention. Knowledge, they say, is power. If the people become aware of causes of infertility in women, they will begin to appreciate the fact that, a woman with fertility problem is not a nonentity. After-all, we all share the notion that it is God Almighty who blesses marriages with children. They are all part and parcel of life.