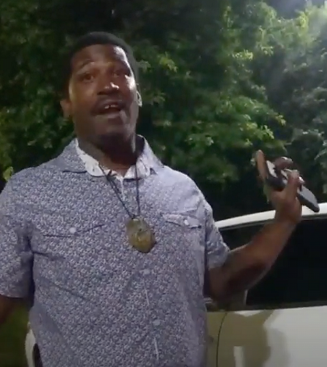 A medical examiner in Atlanta, Georgia, has declared the death of an African-American man to be homicide after he was shot in an encounter with police.

Protests erupted after his death, weeks after another black man, George Floyd, was killed in custody in Minneapolis.

Following his death, the Wendy’s drive-through restaurant where he was stopped was set on fire on Saturday.

Thousands of people joined Black Lives Matter protests across the US at the weekend. In Brooklyn, New York on Sunday, thousands gathered for a rally and silent march for black transgender lives. Organisers estimate that 15,000 people assembled for the event.

In Chicago, a statue of the first US President, George Washington, was spray-painted with the words “slave owner”.

Washington was an active slave holder for 56 years. While spoke of his desire to end the practice, at the time of his death in 1799, 317 enslaved people lived on his Mount Vernon estate. The founding father left instructions in his will for the 123 slaves he owned outright to be freed, only once his wife Martha had died.

Crowds also gathered again in Washington DC near the White House while in Los Angeles, a large number of LGBT protesters marched with rainbow flags to denounce what they said was police brutality, racism and transphobia.

And anger over the killing of Mr Floyd, who died as a police officer held his knee on his neck on  May 25, fuelled new protests over the weekend in the UK.

Protesters are expected to gather in Atlanta today for a march organised by the state’s National Association for the Advancement of Colored People (NCAAP), scheduled on the same day that Georgia’s legislators return to the State Capitol.

On Sunday evening, more than 100 people turned out in the rain at the site of the shooting for a peaceful protest.

According to the Fulton County medical examiner, the manner of death of Rayshard Brooks was “homicide.” He suffered two gunshots to the back that caused organ injuries and blood loss. -BBC