‘Renew spirit of volunteerism among the youth’ 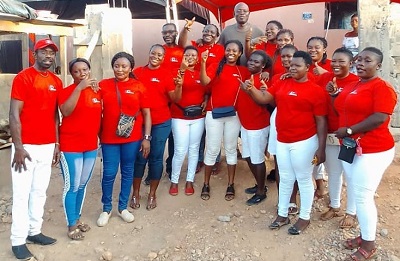 An Executive member of a volunteer group within the governing New Patriotic Party, has stressed the need to renew the spirit of volunteerism among the youth and inspire them to make meaningful contributions to society.

Mr. Samuel Emmanuel Adjei-Mante Foxy, Operations Director of the group known as Professionals for Political Action (PPA), speaking in an interview with The Spectator said young people must not be ideal but rather offer their skills to help develop the country and their localities.

He believed volunteerism, to some extent, could help reduce unemployment while the youth strove for better opportunities.

Highlighting various activities the group had embarked upon after elections, he said PPA, unlike other political groups that went mute after campaign and election seasons, was not resting on their oars.

PPA, he said, was established in 2016 to canvass grassroot support to help the then opposition New Patriotic Party (NPP) capture political power and implement its development agenda.

Following the Party’s success in 2016 and a subsequent second term victory in the 2020 general election, Mr. Adjei-Mante said the group continued to harness the skills of members to help provide services on voluntary basis in sectors where their services were needed.

The group, according to him, had over 1,000 members, comprising health workers, teachers, tailors, seamstresses, carpenters, contractors and other professionals from the formal and informal sectors.

“We currently offer cleaning services, catering, construction, ushering, among others. The services we render are free of charge, irrespective of one’s political affiliation, we intend to reduce the burden on people who want quality service but cannot afford the service of professionals,” he noted.

Explaining the scope of their services, Mr. Adjei-Mante said that the group was more vibrant in the Eastern and Greater Accra regions, due to financial and logistical constraints.

He said, they were exploring other sources of funding to boost their operations and help sustain the organisation in the years ahead.

Part of their plan, he noted, included, introduction of free adult education, commercial farming and extending activities to all the 16 regions of the country.

“We are open to individuals who believe in the ideology of volunteerism and we are looking forward to train more young people to render voluntary services,” he stressed.

Mr. Adjei-Mante said that the group would require logistics such as vehicles, computers and other educational materials to enhance their functions in the regions.

Mr. Siaw, Research Officer of PPA Suhum Chapter, in the Eastern Region, praised the impact the organisation had made since its inception, and urged other professionals to join the group and help develop the country.

Another officer, Mr. Alex Asamoah, an Assistant Director at the Eastern Regional Coordinating Council, urged members of the Association to maintain mutual respect for one another and continue to offer their selfless and dedicated services for social and economic growth of the nation.