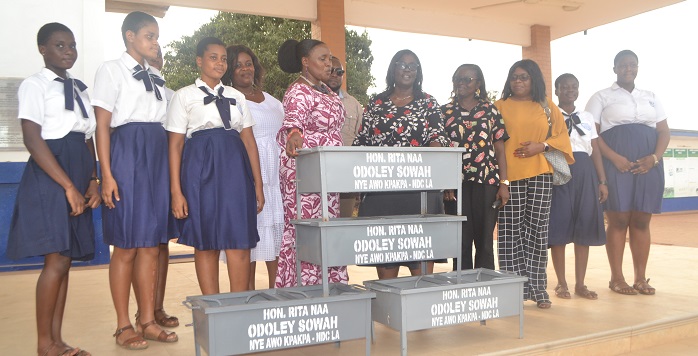 Making the presentation, Ms Sowah said that it was part of her responsibility as a MP of the area in which the school is situated, to assist them in achieving their educational goals.

According to her, the gesture was one of many requests made by the school authorities when she visited them as part of her routine visits to interact with people in the constituency to see how best some of their problems could be solved.

Education, she reiterated, was a pillar which developed the individual to be independent in society and, therefore, must be taken seriously to reap its full benefits.

Ms Sowah promised to support the departments of the school as well as other schools within the constituency to improve on their academic work and called on the tutors to give of their best.

Mrs Cynthia Obuo-Nti, Headmistress of the school thanked the MP for fulfilling her promise of assisting the HED with the stoves.

The Head of Department (HOD) Mrs Christina Manzaba Adams, also thanked the MP for the support and assured of judicious use of the stoves for the benefit of the students and the department.

By Victor A Buxton