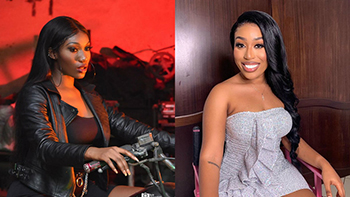 Rufftown Records has called for an official meeting with Fantana over the termination of her contract.The ‘Girls Hate On Hate Girls’ singer with Wendy Shay over the weekend clashed online and traded insults over Fantana labeling the ‘Tuff Skin Girl’ singer as a local champion during an interview. In reaction, Wendy said “Some artiste can create news but can’t create hit songs”Via an Instagram caption to a video of herself working out, she added that “with big teeth, you don’t make hit songs”, a statement she originally wrote in Dutch and incurred the wrath of Fantana who descended heavily on her, calling evil and jealous during an outburst in an Instagram live session.