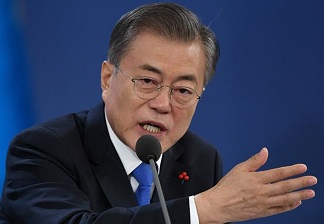 South Korea’s Unification Ministry said on Tuesday that the Democratic People’s Republic of Korea (DPRK) demolished an inter-Korean liaison office in the DPRK’s border town of Kaesong by an explosion.

The South Korean ministry in charge of inter-Korean affairs said in a brief statement that the DPRK blew up the Kaesong joint liaison office at 2:49 pm local time (0549 GMT). The liaison office was opened in September 2018 for the round-the-clock communications between the two Koreas in accordance with the Panmunjom Declaration.

The declaration was signed by South Korean President Moon Jae-in and top DPRK leader Kim Jong Un after their first summit on April 27, 2018 at the inter-Korean truce village of Panmunjom. The joint liaison office has been temporarily closed since January over the COVID-19 outbreak.

According to a military source cited by multiple local media, an explosion was heard and smoke was seen rising from the Kaesong Industrial Complex, an inter-Korean factory park in Kaesong housing the liaison office.

Earlier an official at the South Korean defense ministry told Xinhua over phone that the ministry had nothing to confirm over the issue. The explosion came after Kim Yo Jong, first vice department director of the Central Committee of the Workers’ Party of Korea (WPK) and younger sister of the DPRK leader, said in a statement Saturday night that she had given instructions for decisive action to be taken.

“If I drop a hint of our next plan the South Korean authorities are anxious about, the right to taking the next action against the enemy will be entrusted to the General Staff of our army,” she said, indicating a demolition of the liaison office.

The DPRK has repeatedly lashed out at South Korea in protest of anti-DPRK propaganda leaflets sent by defectors and activists across the border. Pyongyang closed its joint liaison office and cut off all communication lines with South Korea last week.

South Korean President Moon on Monday offered to have dialogue with the DPRK to find a breakthrough, saying the time has come that the two Koreas “would no longer sit and wait for improved conditions”. -Xinhua