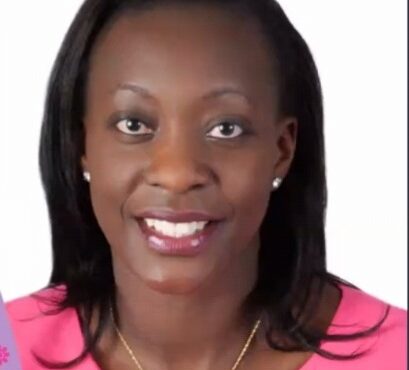 Women who desire to become mothers have been advised to seek early medical attention when they are experiencing a delay in child bearing as this could increase their chances of conception.

This advice follows an observation that some women often made the decision to get help from specialist when the situation was almost too late for any medical intervention thereby denying themselves the opportunity to have their own babies.

A Gynaecologist and In Vitro Fertilisation ( IVF ) Specialist, Dr. Wanjiru Ndengwa delivering a lecture on “Fertility Management Options – Messages for the Community ” at the Merck Foundation Health Media Training Programme said it was heartbreaking that some women wasted too much time moving from one place to the other due to misinformation and ignorance and only went to fertility centres as a last option.

The programme organised for journalists from various countries among others was aimed at building the capacity of media personnel for advocacy  on infertile issues and stigmatisation.

She said issues of conception were but a serious subject which should not be taken for granted and so expert advice should be the first rather than last option explaining the basics of couple infertility treatment as “searching, finding and treating the causes”.

She said time was very critical in the life of women because child bearing age was time bound compared with men.

Dr. Ndengwa said women who had visited fertility centres on time had saved themselves unnecessary stress as talks, investigations, imaging investigations, ultra sound scan among others were done on time to fix their  challenges unlike those who sought treatment late.

She mentioned infertility as infections, Sexually Transmitted Infections (STIs), abortions, deliveries (example child birth complications), blocked tubes, fibroid and other pathologies of women as some of the major causes of infertility.

She said early treatment increased the chances of a woman to have more children explaining that for instance a woman in her twenties who consulted Specialists early could have about four children while a woman in her forties could not do same due to the age factor.

The Gynaecologist and IVF Specialist said it was important for everyone to get the right information to prevent unfortunate cases of  denying themselves the opportunity to be mothers due to ignorance.

She said upon examination, it had been found out that some women needed a small intervention in lifestyle change such as losing weight, change in diet or exercise to get pregnant.

She said others also needed treatment of infection, hormonal treatments, antibiotics, fixing of tubal blockage among others.

She disclosed that it was important for men to also seek medical attention when a woman was not conceiving because male factors such as poor quality sperms (azoospermia) could be the reason and so the blame should not be laid solely at the door step of a woman.

Dr. Ndengwa appealed to the public to desist from stigmatising childless couples as it caused them stress which affected the results of efforts to get pregnant.