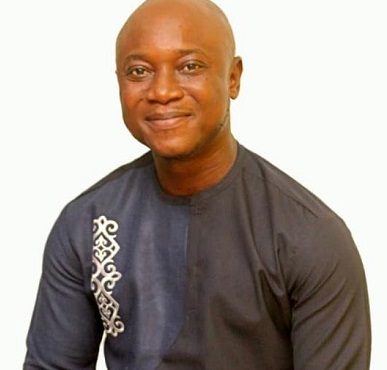 According to Daakyehene, the daily on-air acknowledgement of ‘Divine Selection’ by Mr Sefa Kayi, especially while welcoming the Peace FM Sports team led by Dan Kwaku Yeboah, was what propelled him to write that song.

“As a composer of songs, the more you hear a certain phrase over and over again, you begin to think about what you can do with that expression,” Daakyehene said.

Daakyehene, speaking ahead of the release of ‘Divine Selection’ on June 4, 2020, said the song was for everyone who was among the living.

“If you are awake, then it is because you are part of God’s Divine Selection, which is not by your own strength, making or wisdom,” he explained.

The affable gospel musician disclosed further that the motivation was also as a result of living and surviving in the era of coronavirus.

He said: “Many people are dead worldwide because of coronavirus and if by God’s grace we are counted among the living, then it sums up that God’s ‘Divine Selection’ has found us.”

The song is a mid-tempo beautiful rhythm with live saxophone accompaniment that you can’t sit to listen but rather dance to it.

The single track was recorded by Isaac Kwaku Duah of Disaab Records Studio in Accra with live instrumentations by different seasoned instrumentalists.

“I believe I will be third time lucky to make maximum impact in the Gospel Music industry since I have learnt my lessons and allowed experienced people in the industry in the country to listen to the track and critique it and have made the necessary correction before its release,” he added.

Daakyehene already has three albums to his credit.

On the issue of how Gospel music is doing currently, Daakyehene called on Gospel musicians to unite and promote the Gospel rather than to attack one another.

The graduate of School of Performing Arts, University of Ghana, is currently a newscaster and Head of News at Power 97.9 FM.

He is an Associate Pastor at the Victory Bible Church International, Excellence Sanctuary, Odorkor.

He is married to Araba, whom he met at Ghana Broadcasting Corporation (GBC) during his National Service, and they are blessed with three boys.