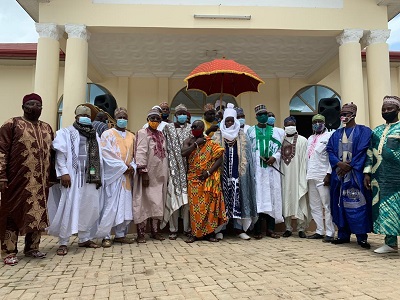 A 33-year-old Ho-based businessman was last Friday outdoored as the new Sarki Zabarma, Volta Region at a ceremony at Ho Sabong Zongo.

Sarki Ademu Seidu Hamani Dagadu in his maiden speech pledged to seek peace and unity in the Zongo communities at all times to pave the way for accelerated development.

He mentioned education, health, and support for elderly as his priority development areas and appealed to NGOs and public spirited individuals to support the Zongo in that regard.

The new Sarkin entreated the Zongo communities to stay away from acrimonious and “dirty” politics and rather maintain peace for the welfare of their children and generations yet unborn.

He said that the Ho Sabong Zongo, for instance, which had a population of close to 2000 needed proper town planning features with drains and other physical structures.

“These are issues we should be more interested in and not politics without purpose,” added the Sarkin.