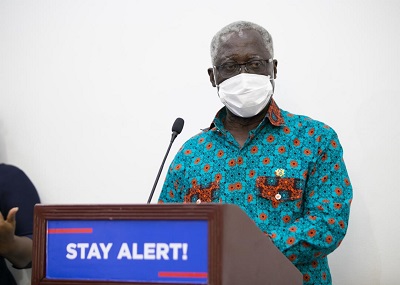 Ghana’s cases of the Coronavirus disease (COVID-19) has increased to 21,968, following 891 newly confirmed cases as at July 4, the Ghana Health Service (GHS) has announced.

The Senior Minister, Yaw Osafo-Maafo, is among the latest victim to be tested of COVID-19 and was being treated of the disease from home according to the GHS.

As at July 4, 2020, 891 new cases had been recorded in 72 districts in 13 regions in the country, increasing the country’s tally of the COVID-19 to 21,968, the Director of the GHS, Dr Patrick Kuma-Aboagye, announced when he took his turn at the press briefing yesterday.

The Director of the GHS also said that there were 22 severe cases out of which six were in critical condition.