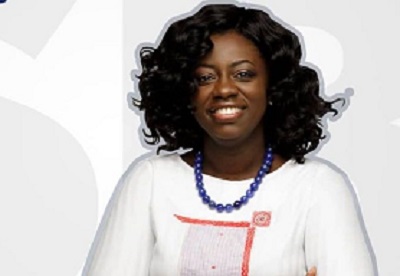 Sheila Bartels, a New Patriotic Party (NPP) parliamentary aspirant for Ablekuma North Constituency, has asked people asking her to abandon her parliamentary ambition because her father served as the Member of Parliament (MP) for the area, to desist from doing that.

“I think that it is a bit childish when somebody says your father has done it so you should not do it because nobody started off saying this is a legacy that should be given to me,” she stressed.

Ms Bartels indicated that she was poised to win the primaries and capture the seat for the party.

Her father, Kwamena Bartels, was elected MP for the Ablekuma North constituency in 1996 and served for three terms.

“My father came in and did his bit, but as a citizen of Ghana and somebody who grew up in Ablekuma North, I look around me and I see so many issues I can also do to help make the constituency better because my move to serve has been informed by a desire to channel my efforts towards ensuring impact in my community.

“It is not so much as my father did this and did that rather it is about what can I do, what value can I also bring since I have good records in the NPP because of my role in mobilising an independent volunteer campaign organisation known as The HOPE Campaign ahead of the 2016 elections which was instrumental in ensuring that the electorate could connect with the NPP campaign message for 2016,” Ms Bartels touted.

She will be contesting against the incumbent MP, Nana Akua Owusu Afriyie, John Kojo Agbotey, and Kwadwo Poku Adjei-Barwuah. -citinewsroom.com