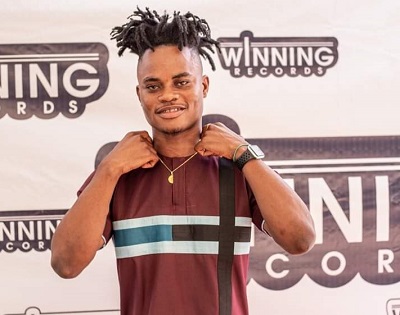 Sinami, who hails from Somanya in the Eastern Region, with qualities cutting across Afrobeat, Hiplife andHip-Hop, has described the signing as a dream come true.

The artiste made this claim during the signing ceremony which took place at the Winning Records premises at Awoshie in Accra, on Friday, October 23,2020.

Explaining further, he said, getting signed to a label at this stage of his career lifted certain responsibilities off his shoulders which could enable him to focus more on the creative side of his career.

“It is every upcoming acts dream to be signed to a label and I count myself privileged to have such dream come true. It relieves me of certain administrative roles,” he said.

The artiste signed a five-year contract with Winning Records which will see him work with the label till 2025.

Sinami has songs like, Kpetekple, Somanya, Stay Safe, and his latest single, “This Year”,  currently enjoying massive playtime on television, radio, and is available all digital download platforms.