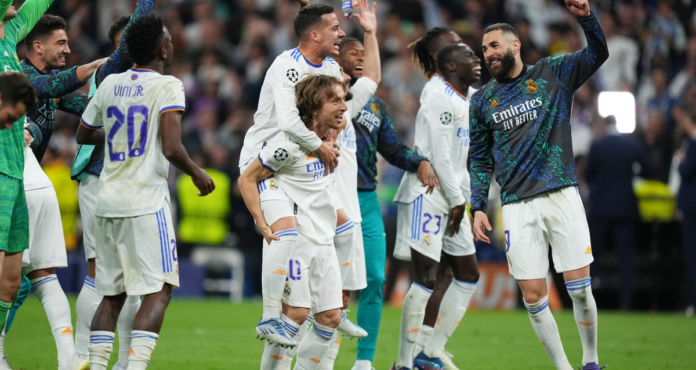 eal Madrid produced an astonishing late comeback against Manchester City to set up a Champions League final against Liverpool.

Somehow, Manchester City was dumped out of the Champions League semi-finals on Wednesday night, despite leading 5-3 on aggregate in the 90th minute at the Bernabeu.

The two superb goals in two minutes from substitute Rodrygo sparked a stunning comeback for the Spanish side in the 91st minute to send the tie to extra-time.