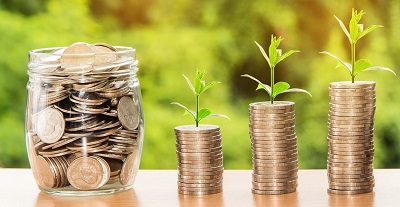 Reeling from the effects of the COVID-19 pandemic, this country is  confronted with low domestic revenue mobilisation, putting it (Ghana) in a difficult financial situation.

The need to invest to prop up the economy, pay salaries and meet statutory obligations, procure vaccines to save the citizens from the coronavirus disease is pushing government expenditure to the roof.

Between 2017 and 2019, the fiscal consolidation programme being pursued by the government pushed the budget deficit to 4.4 per cent of Gross Domestic Product (GDP), before COVID-19 spending has pushed to 11.7 per cent of GDP in 2020.

But, at a time when the government needs to invest to mitigate the impact of the COVID-19 pandemic on households and businesses, its revenue is plummeting.

The collapse of some businesses as a result of the COVID-19 and the ravages of the disease have compounded the country’s low tax revenue collection and affected the country’s growth.

Worryingly, the country’s growth rate which stood around 6.5 per cent before the coronavirus pandemic, fell to 1.1 per cent in 2020.

Generally, the country’s domestic tax revenue mobilisation appears to be low and trail behind its peers in the sub-region.

The First Deputy Governor of the Bank of Ghana, Dr Maxwell Opoku-Afari, at a recent lecture at the University of Ghana Business School, stated that Ghana’s tax revenue to Gross Domestic Product (GDP), ratio was lower than Africa’s average, which was also lower compared with other regions of the world.

He said the tax to GDP ratio for Ghana had  averaged 12 per cent over the past two decades, and was lower than Africa’s average of about 17 per cent in 2017, adding that “This also falls short of the 25 per cent of GDP needed to give fiscal comfort and to finance development projects under the SDGs. This clearly highlights the inadequacy in our tax effort, calling for new measures, in particular, targeting broadening the tax base, upgrading tax policies, and revenue administration systems to mobilise more domestic revenue.”

In view of the inability of the country to raise enough domestic tax revenue, the government has to resort to borrowing to meet the country’s financial needs.

As it stands now, the country’s debt stands at more than GH¢300 billion, representing 76.4 per cent of GDP.

From a debt position of GH¢9 billion around 2008, after the country enjoyed the Highly Indebted Poor Country (HIPC) initiative when the country’s debt was forgiven by its creditors, Ghana’s debt has  ballooned over the years to the  current level.

One of the think tanks that has raised concerns about the country’s low revenue mobilisation is the Institute for Fiscal Studies (IFS), an Accra-based think tank.

IFS’s in its latest studies titled “The state of Ghana’s public finances,” and the “The Role of the Extractive Sector in Ghana’s Comparatively Low Public Sector Revenue Mobilisation,” said the “developments in the officially declared fiscal balance shows that Ghana’s public finances are in a very difficult state.”

Mr Mensah said difficulty in taxing the informal sector,  weak real property, taxation in Ghana, and  the country’s generous tax exemption systems,  were  some of the causes of the lower domestic revenue mobilisation.

But, Dr Boakye posited that the main challenge to the Ghana’s poor domestic revenue mobilisation was the low tax revenues being raised from the extractive sector.

He explained that the extractive sector agreements had been crafted to favour multinational companies and Ghana was not making much from its extractive resources.

“The  main causes of government of Ghana’s comparatively low revenue generation from the country’s oil and mining subsectors are that the government of Ghana over-relies on the use of  fiscal instruments (royalties and corporate income tax) under concessionary arrangements, with very limited direct involvement in terms of participating interests, and  production sharing agreements, which are able to help overcome many of the  practical problems associated with concessionary arrangements,” Dr Boakye said.

“In fact, studies have found that even the industrialisation route to economic prosperity of many nations (such as Germany, United Kingdom, United States, etc.) was itself based on extractive resources, because extractive resources are characterised by exceptional profits and substantial economic rents,” he said.

Dr Boakye said the abundance of extractive resources in a country did not guarantee that the country would be able to achieve rapid economic growth and prosperity, arguing that “This depends on the country’s ability to capture sizable proportions of the revenues from the sector after avoiding resource management pitfalls such as over-borrowing, neglect of the other sectors.”

The Senior Research Fellow suggested that government must establish state-owned firms operating in the oil and gas and mining sectors and purchase controlling interests in the large-scale mining companies and increase the paid and participation interest in all the Ghanaian operations of the oil and gas companies in order to increase its interest to at least 55 per cent.

“Government must renegotiate with the oil and mining companies and should treat the renegotiation with the urgency and seriousness it deserves,” Dr Boakye said.

That, he said, would enable the government to raise more revenue locally to reduce the growing borrowing, putting the public finances in a poor state.