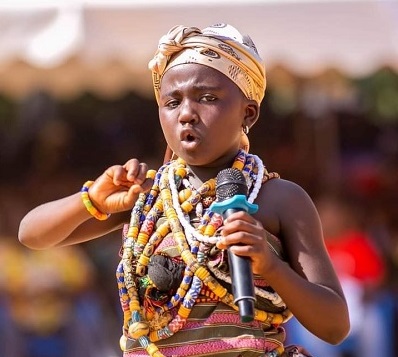 Culture and tradition was once again at its best as the Chiefs and people of Mepe Traditional Area in the North Tongu District of the Volta Region climaxed this year’s Afenorto festival at a grand durbar last Saturday.

The 66th edition themed: “TVET Education, Our Future; Development in Peace, Our Heritage”, came with beautiful display of the people’s heritage including music, dance and other fun activities as dignitaries from far and near joined the celebrations.

The festival, among other things, was to renew the spirit of togetherness and raise funds for development of the area.

Activities for the this year’s celebration included health screening, clean-up, inter schools gala, cultural dancing and drumming competition and procession of the Chiefs of the five clans of the area.

Torgbe Korsi Nego VI, Manklalo of Mepe Traditional Area, highlighted the essence of TVET and appealed to the government to support development projects in the area.

Dr Letsa also appealed to the people to maintain peace and unity as the government continued to deliver on the developmental agenda for the region.

Mr. Samuel Okudzeto Ablakwa, on his part, commended the chiefs and people for the progress made over the years and called on citizens to rally behind the traditional authority of the area.

‘Afenorto’ festival translated to mean “Period of Rest at Home” started over six decades ago and has evolved over the years but its underlying characteristics have always been maintained.

The Mepe Traditional Area/Council has five clans: Dzagbaku, Adzigo, Sevie, Gbanvie and Akorvie. Each of them is represented by unique colours and symbols together with their respective histories on how they migrated to present day Mepe.