Some signs he only sees you as a backup plan 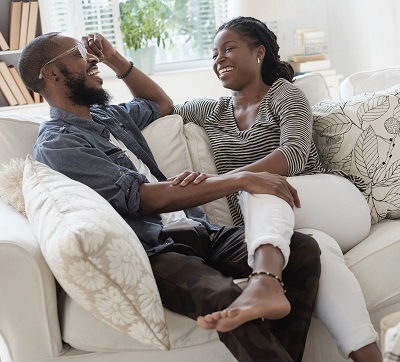 He doesn’t make an effort to plan your dates. HE really isn’t invested in the idea of getting close to you. Everyone knows that couples do get closer to each other through dates. It’s when two people spend time with each other where they really establish and build a connection together. But he’s not so interested in getting closer to you. He’s probably not so interested in getting to know you better at all. And that’s why he doesn’t put any effort into planning dates with you. For him, you can come and go as you please.
He makes it so hard for you to get a hold of him whenever you’re not together. He’s practically on another planet whenever you’re not together. He never makes it easy for you to reach him. The truth is that he doesn’t want to be reached at all. He’s spending time away from you because he would rather not be in your company. And that’s why he’s making it hard for you to reach him.
You find it so hard to get him to open up about anything. He isn’t going to want to tell you anything about his life at all. He will pretend to listen to you talk and talk about yourself as a person, but he isn’t going to return the favour.
He will do nothing to give away how he feels about you. He isn’t going to want you to know just how he feels about you. He doesn’t want you to know that he’s not all that interested in you. He wants to keep you on the leash, and so he will do just enough to make you think that you have a chance with him. But he isn’t going to give you too much to the point that you feel like you have him in the palm of your hand. He is always going to keep you guessing because he doesn’t want you to feel comfortable with him.
He looks more at his phone than he does at you when you’re together. Another sign that he just really isn’t invested in establishing a connection with you is when he is only on his phone for whatever time you spend together. He is frankly more interested in finding out about the things that are going on in his news feed than he is about the things that you might want to tell him. His phone gets more intimate time with him than you do.
He is very strict about his privacy with you. He doesn’t want to let you in because he doesn’t trust you enough. He doesn’t want you to feel like you are afforded an intimate spot in his life. He doesn’t want you to believe that you are unique to him at all. And that’s why he’s going to be very private and secretive with you. He will not want you to enter his apartment, or at the very least, he will not want you to spend the night. He won’t want you browsing through his phone or personal belongings. He doesn’t feel that level of comfort with you yet.
Source: dreamyhub.com

Some signs that you are a rebound girl

Some reasons you are always attracting the wrong guy (final)