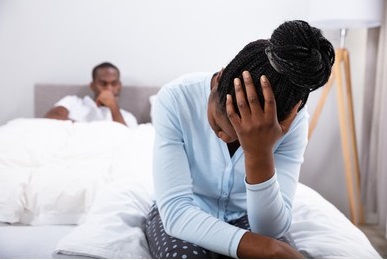 The people who suffer from emotional instability have often undergone some traumatic incident in their lives that caused them to become scarred individuals. Perhaps all of that trauma could have prevented them from developing specific emotional tools that they needed to control their feelings and emotions better.

It’s also essential for you to understand that emotionally unstable people aren’t looking to hurt the people around them. It’s just that their natural responses to certain situations can wreak havoc on other people’s lives without them even realising it.

If you happen to know someone who struggles with emotional instability, it’s vital that you stay patient and understanding with them. If possible, be there for them to the best of your abilities. And if necessary, urge them to seek help from a professional.

Below are some of the signs of people suffering from emotional instability:

They have difficulty controlling their anger.

An emotionally unstable individual would be someone who would have difficulty controlling their anger. A lot of the time, emotionally unstable people would be easily set off by many things that happen in life. They don’t exactly have the best temperaments. And so, even the slightest event that isn’t to their liking would be enough to induce some dramatic reaction out of them.

To make matters worse, many people with anger issues have tendencies to be physically violent and potentially dangerous towards the people around them whenever they start to get angry.

They act more impulsively than they do methodically.

Emotionally unstable people often let their feelings and emotions drive their decision-making as opposed to their logic and reason. They are deeply impulsive. And instead of thinking about a choice in a well-rounded manner, they would engage in hasty and swift decision-making that isn’t always going to be of sound rationality.

They have a history of being in an on-again, off-again relationship.

It’s scarce that an emotionally unstable person would be able to keep a romantic relationship alive for too long. Their emotional volatility can lead them to have destructive and toxic tendencies in romantic relationships. A lot of their behavioural traits can be self-destructive. And it’s hard for an intimate connection to survive that kind of emotional turmoil.

That’s why it’s likely that a person with emotional stability would have very little success in their relationship history.

They have the most extreme reactions to simple situations.

And lastly, emotionally unstable people tend to have overblown reactions to even the most straightforward situations. They would be fond of taking the little things and just wholly blowing them out of proportion with how they react to it or how they would handle a situation.

Things that make him miss you (final)

Some signs you are with a mature woman, not a girl (final)