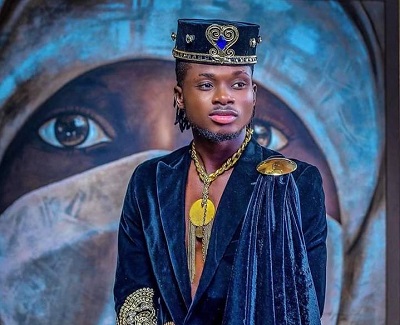 Reigning Artiste of the Year, Kuami Eugene, has disclosed that  his “Son of Africa” album was focused on showcasing the rich African cultural heritage to the rest of the world.

According to him, his maiden album, which was Rockstar focused on Ghanaian music genre, the hospitality, and how  people empowered  one another in the country.

Speaking to The Spectator, he said, the new one, “Son of Africa” album threw light on the African cultural heritage and what the continent stood for.

He stated that the songs dwelt on  the love for each other and projected the sweet melodies of African music to the world.

For him,  he would recommend it to lovers of African music, because “it is  a representation of all the subregions  of the continent, It has a bit of East Africa, West, South Africa, and all other areas of the African continent.”

This, he said, would further sell the continent’s music on a global stage.

Touching on the period of the recording, he said, “Working on it was smooth, that’s when Coronavirus had taken the world by storm and every country was on partial lockdown, it was the period within which I recorded most of the songs.”

Kuami Eugene told this paper that the situation made it smooth, however, the only difficulty was some of those who got featured had to be sent the song for them to record their part and resend, because they were not available as a result of the border closure across the world.

On the  reception of the album, he said he had been amazed at the messages he received  from Industry players among others expressing their approval of the quality of work done.

“The album was released few days ago, but it is  doing great on all music digital stores, the reception has been quicker than my expectations,” he said

The album was produced by Richie Mensah, Wilis Beatz and Kuami Eugene himself.

The 14 songs on the album include, Scolom, Amen, Ewurade, Beifour, Ghana We Dey, To Me, Mama, Will You among other amazing songs.