Son of Duncan Williams drops bombshell info about his life, family and more 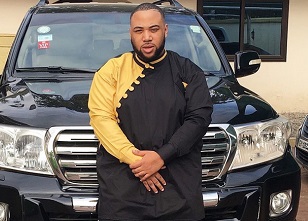 Daniel Williams has dragged his father online during a social media live interaction with his followers.According to the son of Archbishop Duncan Williams, he doesn’t think his father knows God and even described him as a witch. Daniel made the spiritual allegation when he narrated how his father got him arrested and also forcefully separated him from a girl he loved.During the explosive live chat that saw him revealing secrets of people he knows whilst talking about his life and family, pulse.com.gh heard him say that his father accused his then-girlfriend, Abena Kuffour, of being a witch and added that the girl has spiritually infected him with mental illness.Expressing disappointment in his father, he said he is rather the witch to make such comments and added that he doesn’t think his father knows God. According to Daniel, his father has even got him arrested based on an assumption of doing drugs.

Dropping bombshell information about his life, father and family, the 24-year-old said on other occasions, his father got him arrested and prevented him from visiting his mother over another witchcraft claims.

During the live stream monitored by pulse.com.gh, the son of the Action Chapel founder revealed that his father owns the most expensive mansion in Fairfax County, one of the richest neighbourhood in Virginia.

Describing the luxury house, he said it has a big pool outside and an indoor pool as well with floors linked with an elevator. Speaking from his base in America, he added that he is the heir to that mansion.

Talking about his life in Ghana, Daniel said he drives in a Range Rover, Land Cruiser among other luxury cars with a police escort and narrated how he visits Legon campus to pick girls for a sexual encounter. Daniel did not shy away from dropping names of the girls and detailing his sexual experiences with them.

In the video seen by pulse.com.gh, Daniel was smoking and drinking alcohol. During the explosive live stream which has caught about 2000 eyeballs, he disclosed that he started smoking weed at the age of 15.