Songstress Wiyaala to collaborate with Samini 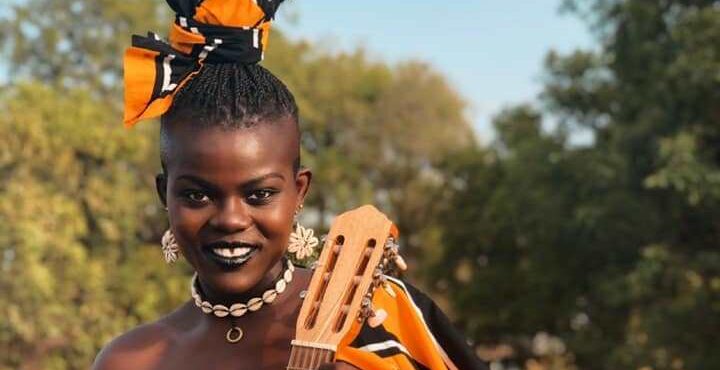 Songstress Noella Wiyaala known in the entertainment world as Wiyaala has described a possible music collaboration with legendary musician, Emmanuel Andrews Samini also known as Samini in the entertainment circles, as an “honour” that would further enhance her music career.
Wiyaala was responding to an open comment by Mr Samini to embark on a collaboration track with the songstress after the two did a rendition of the popular ‘Linda’track by the then “Batman” who has metamorphosed Samini, at an event to open the First Law Chamber Wa in the Upper West Region.
The two indigenes of the regionsana the song with a touch of perfection and professionalism.
Samini who had performed alongside big names such as Akon, Sean Paul, Chaka& Demus and Pliers, among others expressed an interest in collaborating with the songstress after he acknowledged her as aforce to reckon with in the music industry.
“Wiyaala has put Ghana on the global map and if some of us had the ability to add a typical cultural craft to our art, we would have been blessed in our musical career and would have advanced farther than where we currently are”, he stated.
Wiyaala, also known as the Lioness of Africa accepted the offer openly and commended Samini for contributing his quota to ensuring that music in Ghana thrived.
She used the opportunity to encourage Ghanaians to patronise Ghanaian music and continue to support the craft.
“I am appealing for mutual respect amongst workers in Ghana irrespective of your profession because we all have our individual talents and we are very good at them. I might be bad at your profession because that is not my calling but I daresay that, you might also not be able to do music the way we do it if given the opportunity because that may not be your craft“, she added.
She entertained participants at the opening of the Sory@Law to some of her tracks in both the local and English languages.