State funeral for Rawlings on Dec 23 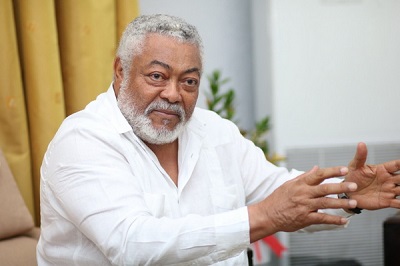 The late former President of Ghana, Fl.Lt. John Jerry Rawlings would be buried on December 23, the family has disclosed.

In a statement signed by the Head of the Funeral Planning Committee, Ambassador Victor Gbeho, indicated that the family of the late President and the government have agreed on Wednesday December 23 as the date for the funeral rite.

It added that the funeral would be held at the Independence Square in Accra.

The statement noted that other details of the ceremony would be communicated in due to the general public.

It further added that Individuals and institutions who wish to contribute tributes to the memory of Flt Lt Jerry John Rawlings are reminded to email such tributes to tributes@jjrawlingsmemorial.org.

Mr. Rawlings died on November 12 at the Korle Bu Teaching Hospital after a short illness aged 73.