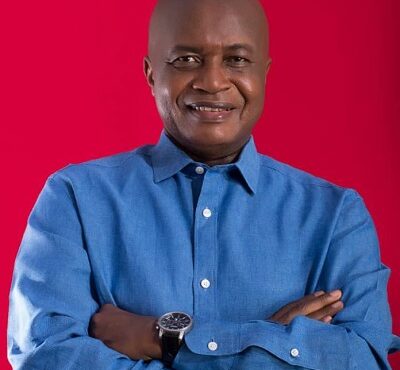 As political parties in Ghana advance along the path of establishing themselves as democratic institutions, the individual parties are all working hard to ensure internal election of their officers before contesting the next general elections in 2024.

The contest within the NPP is a hot one for all the positions. As the party moves forward, national elections will also be held for National Chairman, General Secretary, Treasurer and so on. After all this, a flagbearer will also be elected to lead the party in the next presidential election in 2024.

For now, we are focusing on who becomes the National Chairman for the NPP. This position is very important and it is being contested by a number of candidates and each of them is known in terms of their respective competence and organisational abilities.

The point must be made, however, that even though they all qualify to become National Chairman, it is only one of them who stands tall among them. This person is the man known as Stephen Ayesu Ntim.

Mr. Stephen Ayesu Ntim is well known in the party as a mature and competent person whose commitment to the ideals of the party is beyond doubt. He has contested for the position over the years but without success and many people, unlike him, would have given up long ago to contest for the position again.

His commitment and desire to come on board to help in controlling the affairs in the party has encouraged him to stay on. There are many people in the party who after losing internal elections or are unhappy with certain things immediately announce to members of the NPP that they have left the party. Leaving the party on such grounds is not a matured way of presenting oneself to delegates and other members of the party to again contest elections after they have been persuaded to come back to the party.

In the case of Stephen Ntim, he has proved to be a matured person when it comes to remaining loyal and also exhibiting maturity even in the midst of loss in internal elections. It is for this reason that members of the party has great respect and support for him.

This man has made pronouncements that he supports everyone who would want to contest for the presidential candidate slot in the party. Once again, he has exhibited maturity in this direction since taking sides with any of the candidates can prove disastrous in terms of potential and actual disunity.

He also believes in the principle of free contest for all. For him, anyone who wants to contest for any position ought to be allowed to do so.

It is his intention to unify the party and make it possible for all and sundry to voice out their feelings in line with the democratic aspirations of the NPP. He is not a dictator and is a respecter of all persons. For this reason he must be given the opportunity to serve as a noble National Chairman of this great party.

Stephen Ntim stands for the principle of fair play as well as respect for all persons within the party irrespective of levels. He is of the firm belief that since it is party that gives birth to government, the government machinery should never look down on party supporters. This is why he is coming out with a very strong strategy to unite all fronts and ensure that the NPP is able to break the eight-year cycle that has characterised the reigns of governments in Ghana since 1993 when the political dispensation in this country began. In 2020, certain things did not go well for the party not because the government did not perform but simply because of bickerings and division within the party.

In an interview with him, he has made it clear that all factions within the NPP need to come together as a strong force in order to break the eight-year cycle in grand style.

COMMITMENT TO UNITY AND PROGRESS

He has made it clear that, inspite of the economic challenges going on around the world, an unfortunate development that has affected Ghana, he will be resolute in his determination to collaborate with the various segments within the party in both the rural and urban areas to establish unparalleled victory for his beloved party.

In conclusion, therefore, the party delegates and members ought to support no other person but Mr. Stephen Ayesu Ntim who stands for nothing but fair play, fairness, respect for each other, unique party progress, dynamism and victory in grand style. If this is what the NPP stands for, then the obvious and irresistible choice is Mr. Ayesu Ntim.