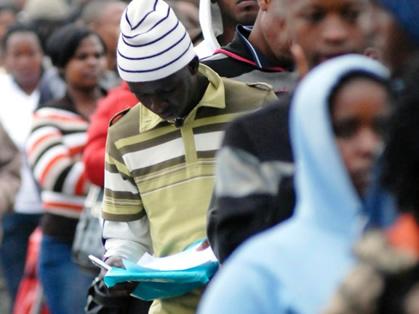 The Coalition of Concerned Youth Groups in the Upper West Region who made the appeal in a communique stated that employers engaged the youth and either paid them very little remuneration or took advantage of their voluntary service to pay them nothing at all.

“Young people continue to face structural inequalities at the workplace; most of them are into internships and others are; casual engagements with organisations due to the shortage of jobs in the country, however, it sad to note that although they work to produce substantive results, they either receive no salary or are paid very little even though their services contribute significantly to the growth of the organisation”, the group said.

The group further noted with concern the spate of unemployment among the youth coupled with increased casual engagement of young people by some organisations in the country.

The communique was jointly signed by youth advocacy organisations such as the Coalition for Positive Impact, Community Aid for Rural Development (CARD) Ghana and the Necessary Aid Alliance to draw the attention of stakeholders to the plight of the youth in the country.

Throwing more light on the issues raised by the group, the SHE-Lead Coordinator of CARD-Ghana, Ms Ernestina Biney said the youth in the country had suffered unemployment in silence for too long which was an affront to human dignity.

She stated that engaging the youth on casual terms, limited their development as they wasted their active years sacrificing without income when they could have been engaged permanently with substantive salaries to adequately prepare them for the future.

She appealed to the government to create an enabling environment for the youth to ensure that jobs created in the country for the youth were sustainable.

“We need government to introduce deliberate policies aimed at providing sustainable jobs for the teeming unemployed youth to reduce migration of the active workforce to Europe and other foreign countries in pursuit of greener pastures”, she said.

She called on employers to engage the youth on fair term not take advantage of the lack of jobs in the country to exploit the job seeking youth.

The Coordinator again raised the issue of gender stereotyping and said even though the youth in general were confronted with unemployment issues, females suffered more as some of them were refused certain job offers and promotion as a result of their gender.

“These inequalities, stereotypes and biases undermine the youth and prevent them from adequately utilising their potentials and contributing to national development and it is, therefore, not surprising that only a few young people are actively involved at top level management positions as well as governance”, she said.