Supporting women in agribusiness to succeed 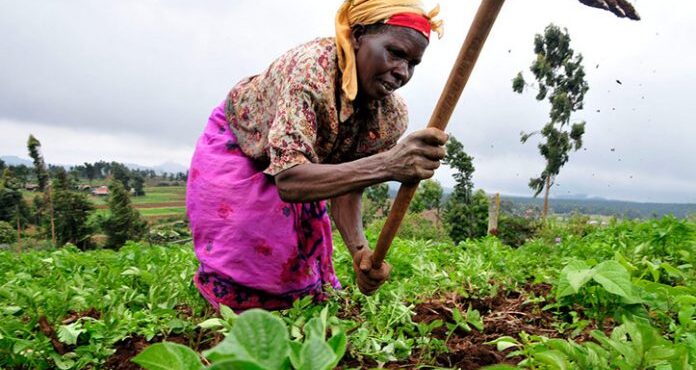 Women have and continue to play immense roles in the development of agriculture and agribusiness in the country.

They have been an important backbone to the sector, which has and continue to sustain the Ghanaian economy, generating more foreign exchange for the country, providing food security and creating jobs for the youth.

The 2017/18 Ghana Census of Agriculture National Report indicate that a total of 3,037,381 persons 15 years and above were engaged in agriculture of which 65.8 per cent were males and the remaining females.

Mostly engaged in small-scale and subsistence farming to feed their families and earn some income and a better living, women continue to play no mean role in food production and processing.

Women can be found in all the agricultural sector value chain, right from planting to production and processing. Some are into crop and animal production, forestry, aquaculture, processing and marketing.

To state that women have been the lever which propels the country’s agriculture and the fulcrum on which the sector rests, will not be an exaggeration.

But for the laudable role being played by women in the sector, I dare say, the country’s agriculture would have suffered a serious setback.

The engagement of women in agriculture and agribusiness helps to provide food for the family and the country in general which ensures food security and eradication of hunger, promotes health and boosts the income of their families so as to eke a better living.

Women through agriculture and agribusiness are better financially empowered to educate their children and save towards their retirement income security. Financial Experts, say empowering women financially is critical to the development of any nation because women tend to spend their financial resources for the upkeep of their

Some women have ventured into processing and marketing in the agriculture value chain.  Mostly, some women in the Northern part of the country are engaged in sheabutter processing for local consumption and export.  This is helping them earn more and boost their incomes. Ordinarily, they will   earn a pittance if they sell their sheabutter in a raw state

Furthermore, women are contributing hugely to job creation through the engagement in agriculture and agribusiness. Some women farmer groups and associations engage more than 3,000 women across the country.  For example, the Peasant Farmers Association, a non-governmental organisation, engages a lot of women, providing them with financial support and capacity building.  What would have been the fate of these women without them being engaged by an association?

In spite of the crucial role women play in the development of agriculture and agribusiness, a myriad of challenges are militating against them and the growth of their businesses.

These include lack of access to land, market, extension services, farm inputs and machinery, and employment of crude method of farming.

But one of the prominent challenges facing women in agricultural sector in the country, is lack of access to capital to finance and expand their businesses.

Recently at a forum in Accra organised by the Agrihouse Foundation, a non-governmental organisation, to honour women for their immense contributions to agricultural development in the country, some women farmers and agribusiness operators in the programme lamented about the difficulty in accessing capital from the banks and other financial institutions.

According to them, some of the banks and other financial institutions demanded landed properties from them as collateral before they would be granted loans.

They explained that under the country’s land tenure system, where women in some parts of the country could not own land, it would be difficult for women to provide collateral for loans.

But considering the risky nature of agriculture, where farmers can lose all their investments due to drought or floods, can the banks be blamed for demanding collateral before granting loans?  Banks do not have money of their own. They depend on people’s savings and loans they contract to give out as loans and therefore, cannot do so without demanding for collateral to recoup their money if the loan went bad.

Indeed, the lack of access to capital by women in agriculture, is not a new phenomenon. It is an old-age challenge which has been acknowledged by the government, banks and financial institutions, civil society organisations, development partners, institutions and donor countries.

Several initiatives developed by the government, banks and financial institutions, development partners and civil society organisations to address the problem, are yet to achieve the desired results.

That is why the Alliance for Green Revolution in Africa (AGRA) recently launched programme, Value4HER, is commendable.

AGRA’s flagship continental programme, is aimed at increasing performance of women agri-enterprises through access to markets and trade, finance and investments, knowledge and skills, networking and building women’s collective voice.

Related to the Value4HER project is the Value4Connect, Africa’s first agribusiness intelligence platform aimed at facilitating growth and development of women owned agribusiness enterprises as well as expand women’s presence in markets where they trade and access new markets.

The programme funded by the Bill and Melinda Gates Foundation, The ROCKFELLER

FOUNDATION, UKAID, and the USAID, is meant to target and assist about 500,000 women agribusiness operators in the country in the next five years.

Previously, the government had developed initiatives such as the Ghana Incentive-

Based Risk-Sharing System for Agricultural Lending by the Bank of Ghana to address the financial challenges facing women in agriculture.

The policy is meant to help “accelerate financing and interconnectedness of the agricultural sector to ensure that across its key components, it is functioning at optimal levels.”

In the year 2011, the government introduced the Ghana Agriculture Insurance Policy, to provide a blue-print for agriculture insurance in the country.

Supporting women engaged in agriculture and agribusiness to withstand and recover from the shocks of the COVID-19 pandemic would be one surest way to quickly transform the Ghanaian economy and relieve it of the effects of the pandemic.

Agriculture, has been identified by the World Bank as one of the growth poles to help developing economies, including Ghana, to build back their economies ravaged by the novel corona virus disease.

Thus, it has become necessary, for the government, banks and other financial institutions, development partners, organisations and donor countries, to develop specific financial products and solutions to support women agribusiness in the country.

The current “wholesale loan and short term loan facilities,” offered by some of the banks would not augur well for women in agriculture and their agribusinesses.

It would be appropriate for banks and other financial institutions and civil society organisations to provide financial coaching for women agribusiness operators so as to boost their knowledge on how to develop bankable projects.

Crucially, it would be good for banks and financial institutions to nurture, grow and sustain women agribusinesses to compete locally and globally with their international peers, instead of waiting until they are successful before approaching them to provide them with loans.

In conclusion, women in agriculture and agribusiness, are advised to keep proper

their businesses attractive to the banks.