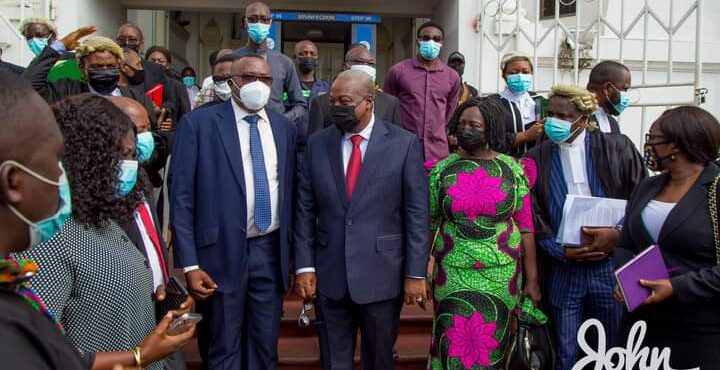 The Supreme Court today in a unanimous decision dismissed a request by the 2020 NDC Presidential Candidate, John Mahama to be given the permission to inspect documents in the custody of the Electoral Commission (EC).

According to the petitioner, John Dramani Mahama, these are documents the EC relied upon to announce the results of the 2020 presidential.

Lead counsel for the petitioner, Tsatsu Tsikata had argued that access to the documents was crucial to the case, and would settle the inconsistencies surrounding the correct declaration figures.

This notwithstanding, the lawyers for the EC and President Akufo-Addo, first and second respondents respectively opposed the application.

According to them, the documents are already in the custody of Mr Mahama through his agents who monitored the elections across the country, and was corroborated by the two witnesses who mounted the box.

Subsequently, the seven-member panel in its decision read by Chief Justice Anin Yeboah stated that the applicant failed to show they do not have the documents, and that they did not make a case to convince the court.

No issue had been raise regarding the authenticity of the duplicates in possession of the applicant.

Against this, backdrop, the supreme court dismissed the application.

Consequently, the case was adjourned to Friday, February 5.