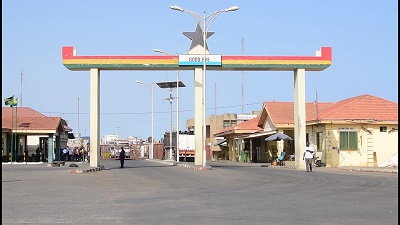 The devastation and misery being caused to nations across the world by the deadly Corona Virus Disease (COVID) continue unabated in their worse forms.  Available statistics by the World Health Organization (WHO) revealed that globally, the infection rate of the disease and the death toll in recent times have gone up astronomically.

More than 220 million confirmed cases with 4.5 million deaths have been recorded almost in 200 countries around the world and these figures keep rising daily. The United States of America (USA), India and Brazil, have seen the highest number of confirmed cases, followed by the United Kingdom (UK), Russia and France in that order.

With these global statistics staring us in the face,it means countries across the world are leaving no stone unturned to battle it out with the disease which is having a significant toll on their economies and affecting their gains made so far. Our country, Ghana, has got its share of the devastating effect of the disease on the economy making life unbearable for the majority of the people.

CLOSURE OF BORDERS TO MINIMISE SPREAD

When the disease first broke out in the country, the government had no option but to take far-reaching measures to minimise its introduction from other neighbouring countries into Ghana. As a step towards that direction, the country’s borders, land, air and sea, were closed to human traffic on March 22, 2020, to curb the spread of the disease. These closures did not apply to goods, supplies and cargo.

The aim of the closure, according to President Nana Addo Dankwa Akufo-Addo, was aimed at stopping the importation of the virus, contain its spread, provide adequate care for the sick, limit the impact of the virus on social and economic life and to inspire the expansion of the country’s domestic capability as well as deepening self-reliance.

After observing the situation on the ground, the President had to review the closure by re-opening the country’s air borders while that of the land and sea remained closed until further notice.  The continued closure of the land borders has generated a lot of anxiety and controversy among people in the catchment areas.  The citizens, mostly traders who live around the borders and ply their trade in and outside the borders complained that they had been denied their livelihood as a result of the border closures.

TRADERS AGITATIONS FOR RE-OPENING OF BORDERS

Recently, the Member of Parliament (MP) for Jomoro in the Western Region, Madam Dorcas Afo-Toffey, appealed to the President to consider the re-opening of the Elubo border, which serves as a gateway to Cote d’Ivoire to alleviate the hardships on the people living in nearby communities.  The MP who joined the youth of Elubo to demonstrate against the continued closure of the border, said people had died and many more would die if nothing was done.  “More people have died in the area due to hardships as a result of the border closure than COVID-19 pandemic.  We are pleading with the government, President Akufo-Addo to intervene,” she said.

According to the MP, the motive behind the land border closure was to prevent the spread of the virus from other countries, but the deaths from hardships exceeded what COVID-19 would have caused.  The people argue that trading across the border is their only source of livelihood, hence the continued closure of the border for more than a year now, was making life hard for them and their families and dependants.

Similar pressures have also been mounted on the government by traders at Aflao in the Ketu District of the Volta Region to open the border to Togo to allow them to carry out their daily business along the border.  They complained that the border closure had seriously impacted negatively on their livelihood since they could not find any means to make ends meet apart from their trading within the catchment area.  It is refreshing that in all these demonstrations lives were not lost as they went on peacefully and we commend the people for their maturity.

It is worthy of note that in both instances, the government has assured the traders that their petitions are receiving urgent attention and that the situations on the ground in both cases are being monitored for further action to be taken.

EFFECT OF THE DISEASE ON GHANAIANS

Indeed, the COVID-19 pandemic has affected the livelihood of many Ghanaians including those living along the border towns to our neighbouring countries. The severity of the poor living conditions of the people is nothing good to write about ever since the disease started in the latter part of 2019.  Apart from the negative impact on the economy, the disease had claimed a number of innocent lives some of whom were bread winners of their families.  People have lost their jobs as a result of this deadly disease.  It has resulted in an increase in the crime wave in this country as people are bent on doing anything possible to make a living.

However, the closure of the country’s borders to our neighbouring countries, has to a very large extent yielded a positive result as it has helped to minimise the spread of this deadly disease in our dear nation.  The truth is that, if we had not taken that positive step to close our borders especially the land borders, the country would have been in a total mess by now; a lot of people would have lost their lives as a result of this deadly disease.

It is a fact that the people along the border towns are suffering as a result of the continued closure of our borders, but strictly speaking, it was a wise decision to be taken by the government to safeguard the lives of the majority of Ghanaians.  What is now left, is for the government to find ways of helping the traders out of their predicament so that they can cater for their families and dependants and also alleviate their sufferings.

TAKING POLITICS OUT OF BORDER CLOSURES

For goodness sake, our politicians must refrain from capitalising on the situation to do cheap political propaganda by using the people to attack government because it has no merit whatsoever.  Instead, they must assist and support the government with tangible suggestions and ideas that will go a long way to cushion the people from their difficulties and hardships they are currently facing.  We need a constructive politics not a destructive and vile propaganda that will not help the course of development.  It is quite unfortunate that the land borders still remain closed after more than a year.

ADHERING STRICTLY TO WHO SAFETY PROTOCOLS ON COVID-19

While we think about possible ways and solutions to ameliorate the plight of our traders in the border towns and villages, it is equally important for us to intensify the vaccination in the country particularly in these border areas as a major step towards minimising the spread of the disease.  It is equally important for us as Ghanaians, to adhere strictly to the WHO safety protocols of regular handwashing and sanitising, wearing of face masks, observing our distance at designated places, such as churches, funeral grounds and social gatherings. Equally, people at the helm of affairs in this country must try to lead by example by abiding by the laid down restrictions regarding the disease.  This country is not out of the woods yet when it comes to the eradication of the deadly COVID-19.  The struggle still continues unabated!